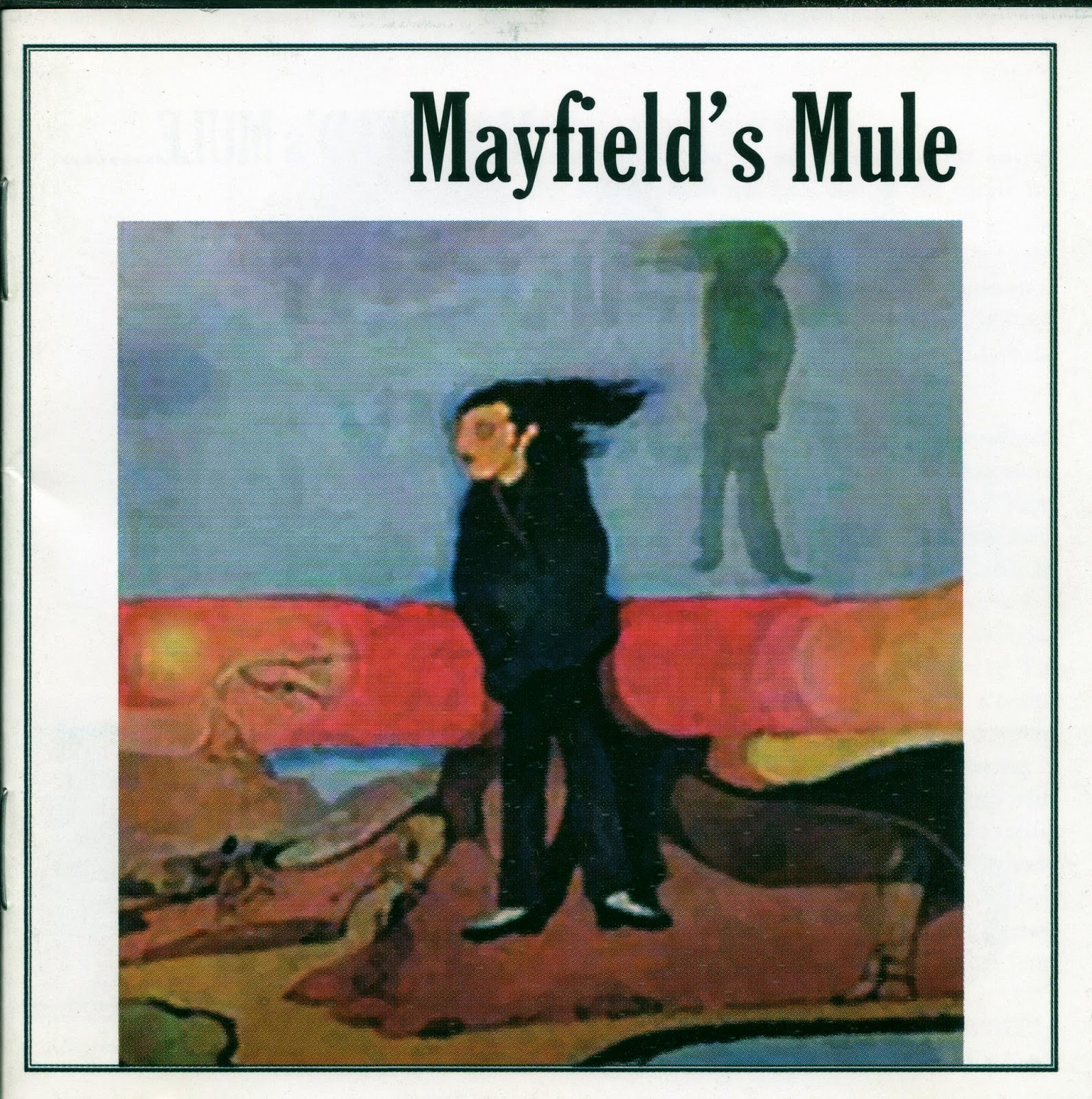 Guitarist, vocalist and songwriter CHRIS MAYFIELD began to play at the beginning of the Sixties in local Kent band The MORAL SET, then went on to the usual plethora of bands and sessions, playing with the earliest NIRVANA, JOHN GUSTAFSON, GENE LATTER and IAN HUNTER among the others. In 1968 after a few disappointing musical adventures, Chris joined AMEN CORNER as a roadie/driver, but his girlfriend passed some of his demos to Amen's sax player, MIKE SMITH, who immediately got them to various labels, EMI approved and immediately signed Chris to a recording deal. PETE SAUNDERS (k), STEVE BRADLEY (b) and ex-ELASTIC BAND SEAN JENKINS (d) soon joined and MAYFIELD'S MULE was born. Three Parlophone singles were recorded in a few months and the band also began to work on an album at Abbey Road studios. But something went wrong and the LP was apparently shelved, gaining instead an incredible Uruguayan release on local Emi-Odeon label, without any involvement and knowledge from the band. Mayfield's Mule went on for a while longer, recruiting brothers MIKE and ANDY SCOTT, and then called it a day. While Sean Jenkins played a few months with HENRY COW and Andy Scott resurfaced in THE SWEET, Chris Mayfield joined forces with JOHN KONGOS to record some demos of his new material. He then met up with an old friend from Kent NOEL REDDING (late of Jimi Hendrix Band and Fat Mattress) and they formed the shortlived BRAIN POLICE, which became (without Chris) ROAD and finally The NOEL REDDING BAND.Chris moved to Holland for a while and then on to the USA, where he stayed playing music for the next 20 years, before coming back to England where he gave life to the brilliant BLUZE The BAND in 1998. After 7 years on the road this band is no longer working, but Chris is still gigging and right now is recording tunes for his new solo album!This CD contains all the best Mayfield's Mule recordings, drawing from both the singles and the album. The music is basically rock but with hints of prog, blues, rural and even a bit of soul thrown in. All tracks have been digitally remastered from the original tapes.Tracks 2 and 6 recorded at Trident Studios, all the other tracks recorded at Abbey Road Studios, LondonTracks 2, 3, 4 and 6 from the Parlophone singles R5817, R5843, R5858, all the other tracks from the 'Mayfields Mule' album, originally issued only in Uruguay by EMI Odeon (SURL 20739 - 1970) The 12 page booklet features the band's detailed story, with never-seen-before photos and Mayfield's own anecdotes. 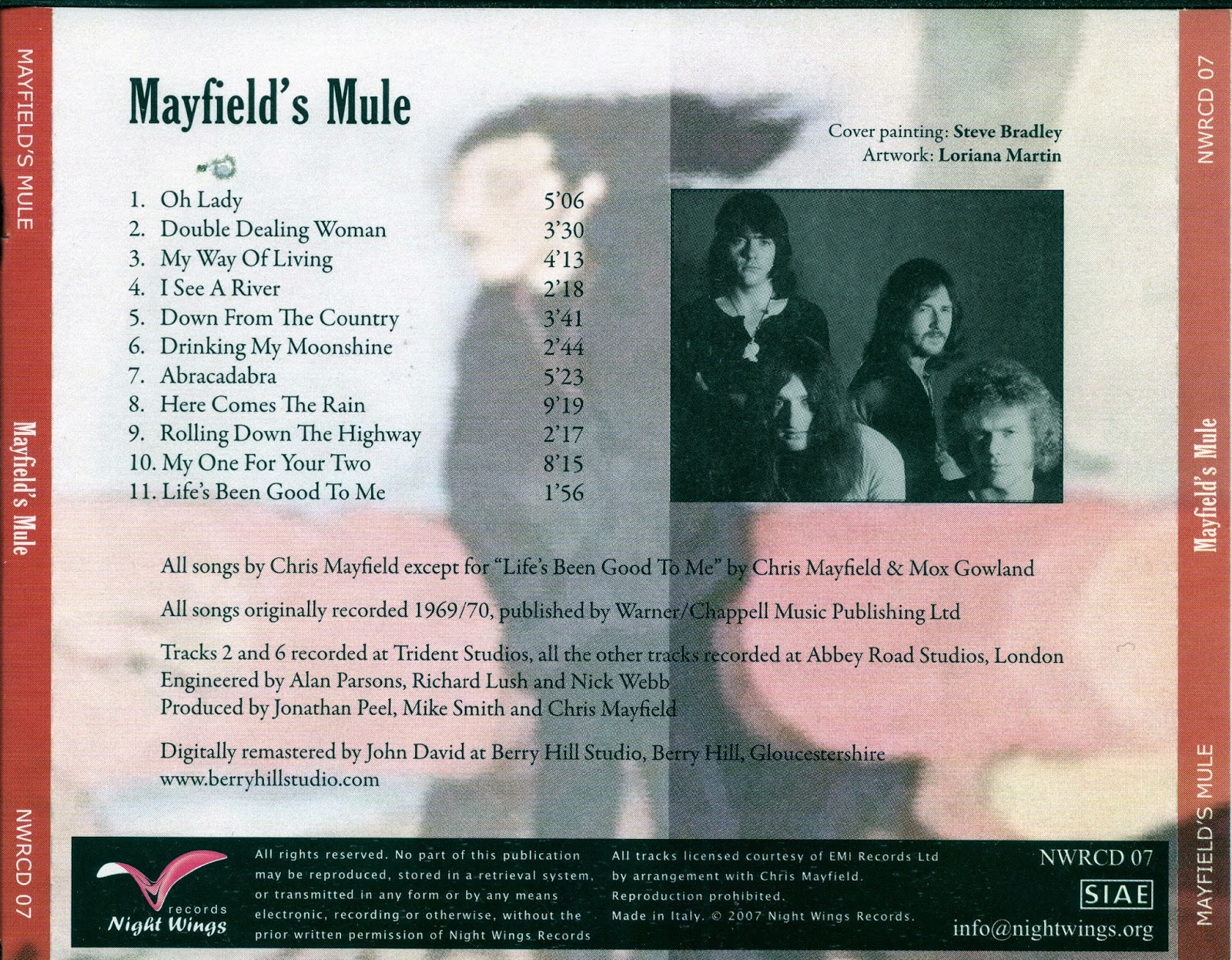