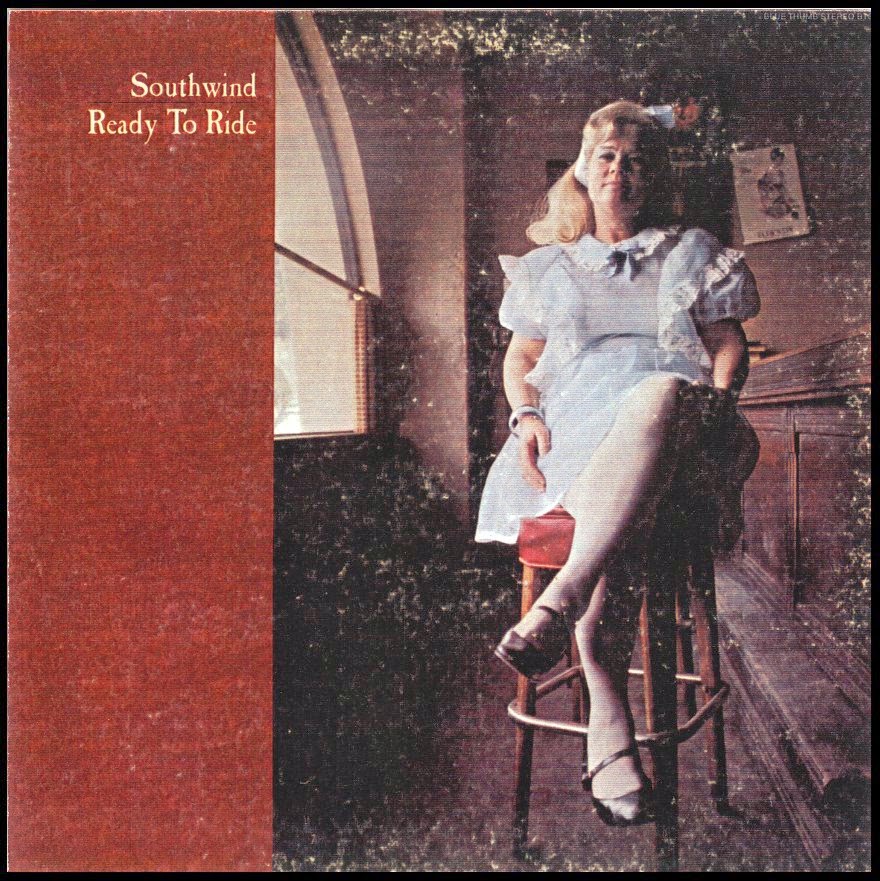 Californian, group Southwind is a rather obscure little gem. The unique combination of country, psych, soul, funk, and just good old rock & roll turns this record into a stew of great listening, and really makes their records can confidently stand out.

The band’s origins can be traced back to Norman, Oklahoma, while members were attending the University of Oklahoma. Coming together first as a rockabilly-flavored band known as “The Disciples,” the group comprised John “Moon” Martin (guitar, vocals), Jim Pulte (bass, vocals), Phil Hope (organ), and Eric Dalton (drums). Soon after forming, the band scored an opportunity to play at several venues in Wisconsin to delighted audiences. In 1967, the band headed out for the musical promised land of Los Angeles, with The Disciples changing their name to the more contemporary-sounding “Southwind.” The newly-named band started incorporating psychedelic rock, country, blues, soul, and funk into their sound. After playing gigs in and around L.A. for a while, in 1968, Southwind were signed to the tiny MGM subsidiary Venture records, which was a label known for giving lesser-known soul/R&B acts a shot. Nevertheless, the band headed into the studio and laid down tracks for their debut album, Southwind ‎– Southwind 1968, label Venture Records (VTS-4002) This whole album is full of great tracks.

Southwind released this and a handful of singles before replacing organist Phil Hope with longtime pal Dugg (Fontaine) Brown as a full time member. The group left Venture records for the eccentric and now-legendary Blue Thumb label, releasing their second album “Ready To Ride” in 1970. Southwind’s final effort was the more blues-influenced “What A Strange Place To Land” album in 1971, and not long after the release, the group disbanded. John Martin (now going by his newly-adopted first name of “Moon”) went on to back artists such as Linda Ronstadt and later recorded several solo albums, all of which received little attention. Martin is probably best remembered for writing Robert Palmer’s huge hit “Bad Case Of Lovin’ You (Doctor, Doctor).” Jim Pulte made a couple of solo albums for United Artists, and virtually dropped out of radar. Little is known of the whereabouts of original organist Phil Hope or drummer Eric Dalton. Dugg (Fontaine) Brown has been in the music scene for years, and was at one time connected to music legends Del Shannon and Bob Seger. Brown still writes and records music today.
Thank you so much Adam for that effort
gigic2255

Country-rock unit Southwind comprised singer/guitarist John Martin, singer/bassist Jim Pulte, organist Phil Hope and drummer Eric Dalton. Originally formed at the University of Oklahoma as a rockabilly combo called the Disciples, in 1967 the group relocated to Los Angeles at the suggestion of musician friend Fontaine Brown, adopting the more contemporary moniker Southwind and significantly expanding their sound to incorporate elements of British Invasion-inspired pop, psychedelic rock and traditional country. Signing to the tiny Venture label, in 1968 Southwind issued their self-titled debut; Brown soon replaced Hope as a fulltime member of the band, with a move to Blue Thumb preceding their 1970 follow-up Ready to Ride, in part recorded live at the Fillmore West. 1971's What a Strange Place to Land, meanwhile, spotlighted a more pronounced blues influence than past efforts. Southwind disbanded soon after the record's release; swapping his birth name for his nickname "Moon," Martin went on to back Linda Ronstadt, later recording a series of solo albums and writing the Robert Palmer smash "Bad Case of Loving You (Doctor, Doctor)." Pulte also cut a pair of 1972 solo LPs for United Artists before disappearing from the music scene.
~allmusic (by Jason Ankeny) 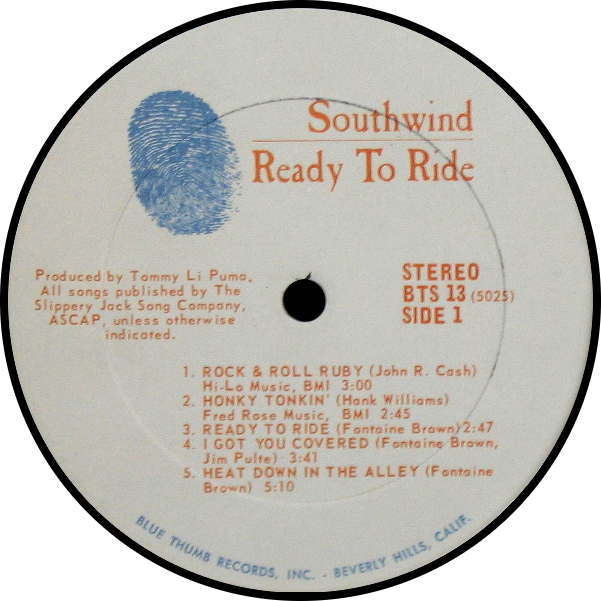 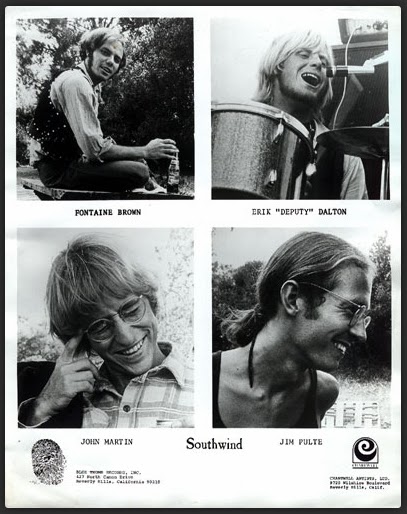