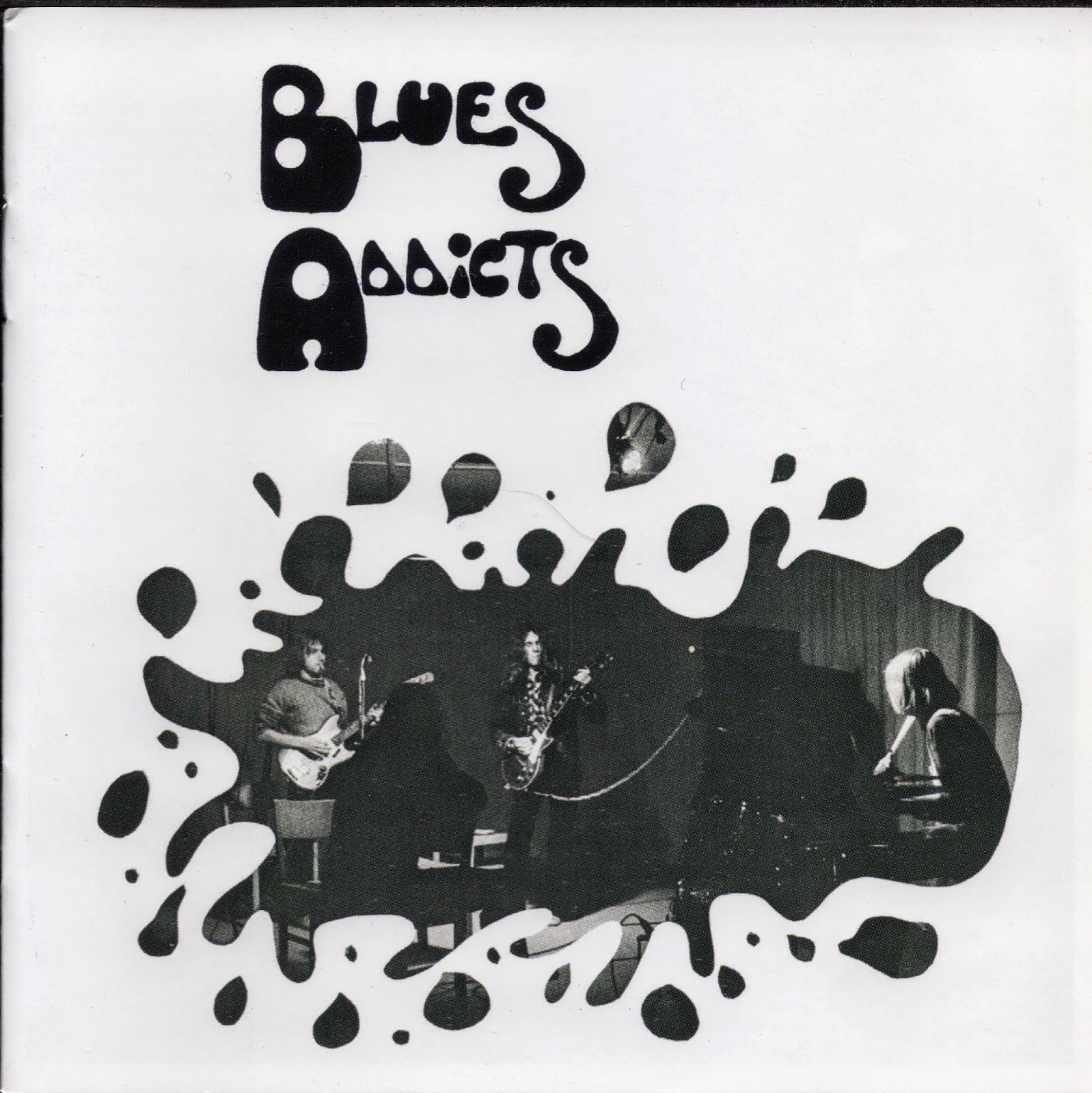 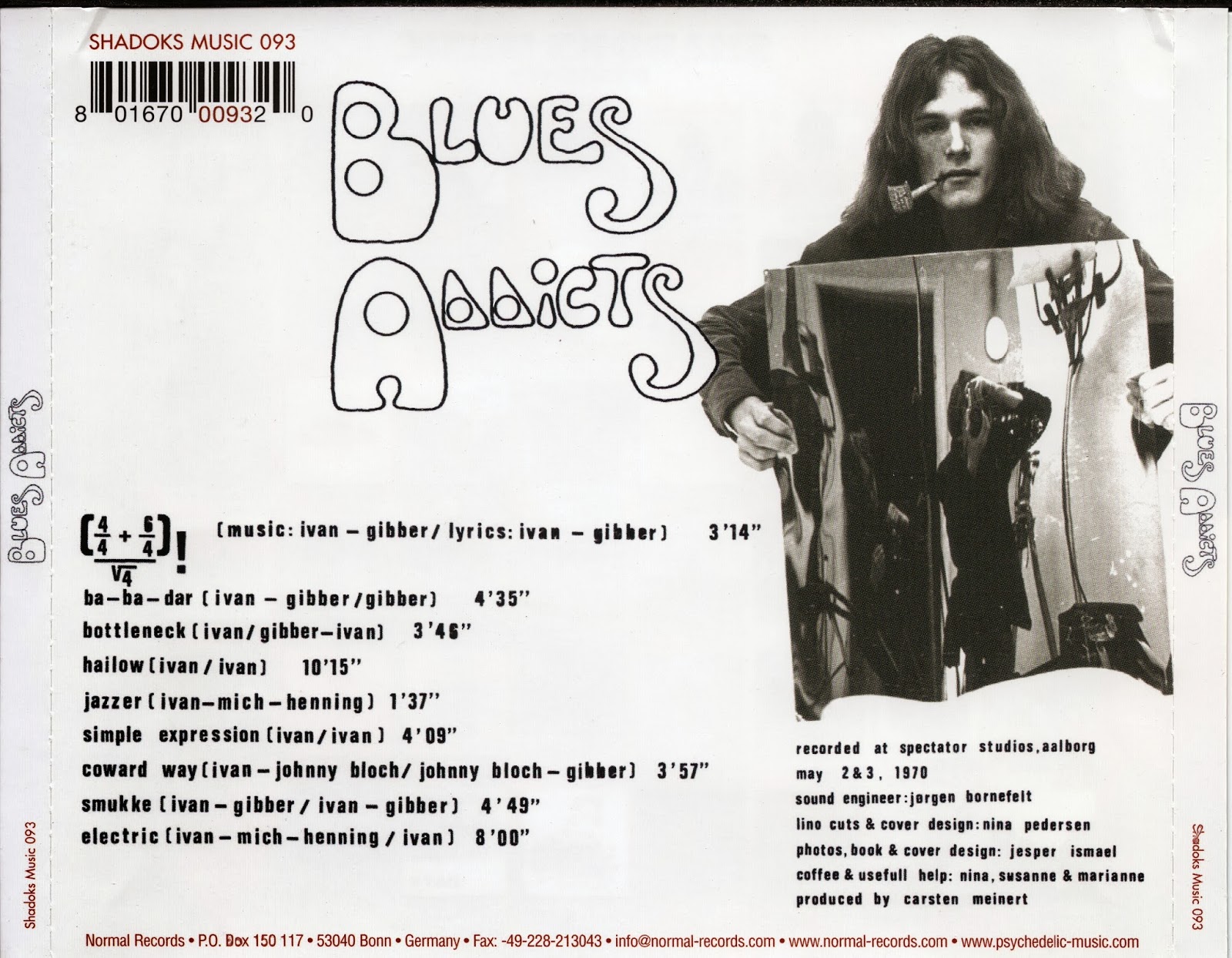 Released and recorded at the infamous "Spectator Records" this album is one of the most sought after obscure Danish records. Along with their label mates Moses and Terje, Jesper & Joachim they provided some of the greatest and most experimental music in early Danish rock history. Not as heavy as Moses, but as experimenting as Terje, Jesper & Joachim.

Blues Addicts picked up the trail that Young Flowers left when they disbaned, playing Hendrix/Cream inspired garage rock with lots of soul and trippy instrumental parts. The band consisted of Ivan Horn* (guitar & vocals), Gibber Thomsen** (vocals & bongos), Mich Brink (bass) and Henning Aasbjerg (drums). *Ivan Horn played guitar for C.V. Jørgensen and several other artists after Blues Addicts disbanded.**Gibber Thomsen's real name is Thorstein Thomsen.This is an album that is very much worth listening to. It has some great jams and heavy pieces as well as bluesy vocals and groovy breakdowns. A must for all fans of Cream and Hendrix.The album has later been reissued with an alternate cover. Several bootlegs are known to exist. 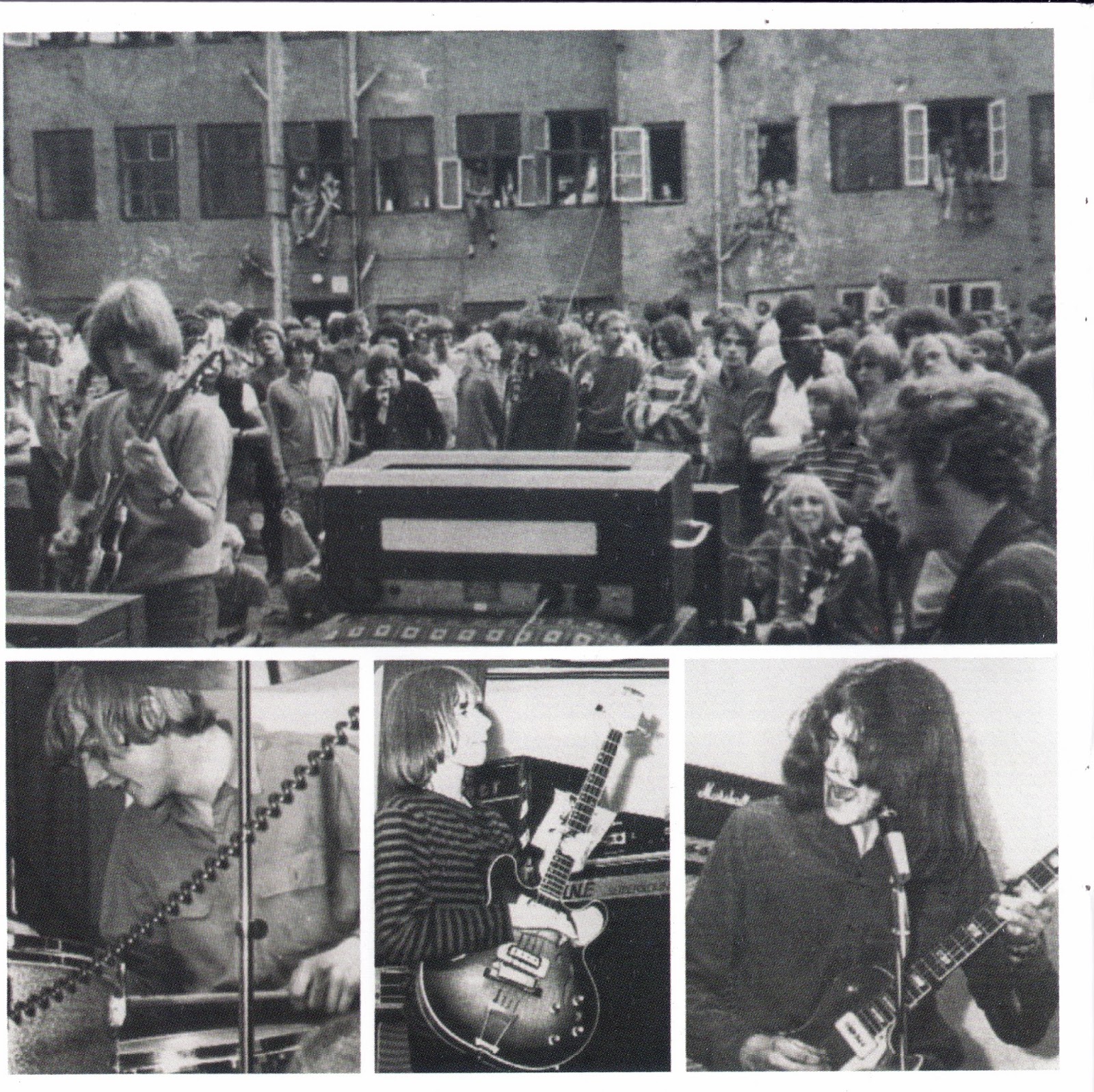