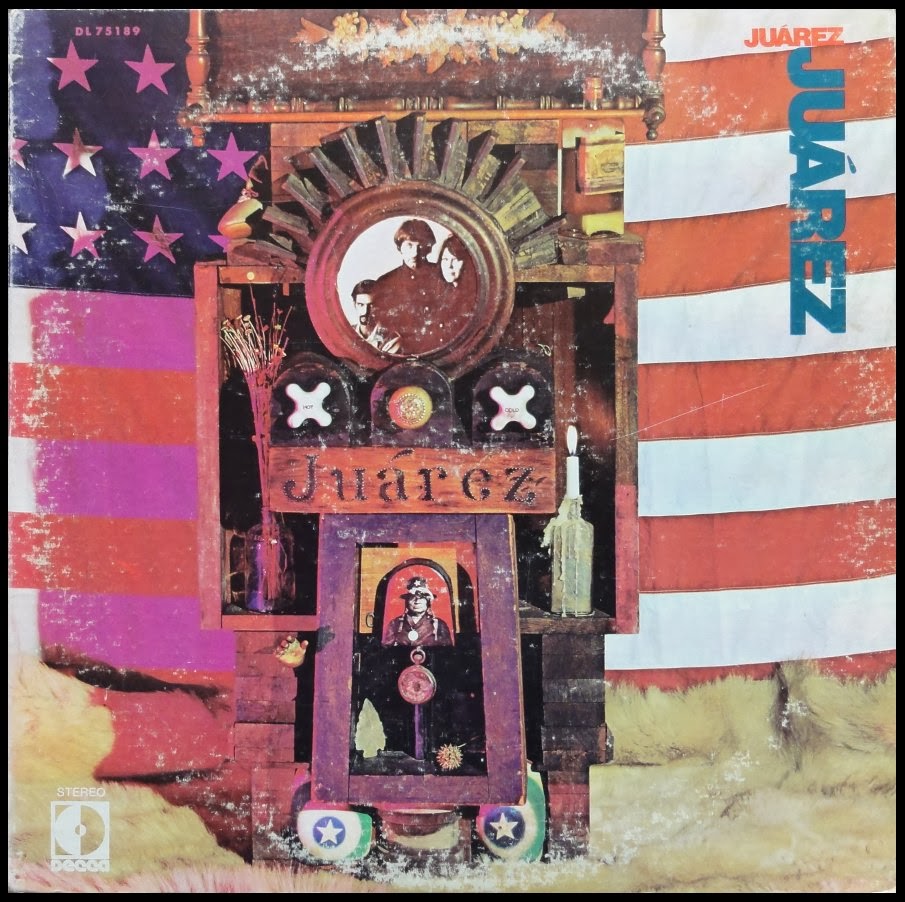 A concept lp released under the radar in 1970 that is absolutely beautiful!!!
lovely female & male vocals, harmonies and a backup group that includes Joe Osborn,
Hal Blaine, Larry Knechtel and James Burton, the insrumentation/production is first rate.

acoustic guitars, harpsichord, piano, chimes etc. mixed with horns & strings that don't overpower,
this will surely appeal to the soft psych crowd.  Check this one out!!!
~rym (Redtelephone)

Not really my style, this is male/female vocal harmony pop, mixed with some downer folk. At times, this is somewhat reminiscent of The Mamas and Papas. Due to the use of numerous Cal based session musicians, they were most likely from there as well. Grades - 1 B-, 1 C+, 5 C's, and 2 C-'s.
~rym (tymeshifter)

The album includes the original version of “The Dutchman” made popular by Steve Goodman on his album Somebody Else’s Troubles, which formally introduced Michael Smith’s songs to a large audience, and propelled “The Dutchman” into Smith’s most popular song. (Prairie Prince Minsky)
(~redtelephone66)

Michael Peter Smith (born September 7, 1941) is a Chicago-based singer-songwriter. Rolling Stone Magazine once called him "The greatest songwriter in the English language". He has been singing and composing since the 1960s, and his rich and challenging songs have been recorded by more than 30 performers.

Smith was born in South Orange, New Jersey, a rough-edged factory town and shades of it linger throughout his writing.[1] He attended Catholic schools (Our Lady of the Valley and Our Lady of Sorrows), which would shape much of his writing. A notable example is his song "Sister Clarissa".

Smith had three younger sisters and they were the basis for his autobiographical play Michael, Margaret, Pat and Kate, originally presented at the Victory Gardens in Chicago. The play is Smith's story of his upbringing and family relationships surrounding his father's early death.

While attending Passaic Valley High School in Little Falls, New Jersey, he discovered the guitar and rock-and-roll. His earliest musical influence was Elvis Presley, although Roy Rogers was a close second. According to Smith, the music "ruined my grades," however, his other love of English never suffered. An avid reader, Smith's command of the language has always shown in the literacy of his songs, and contributed to much of his acclaim. A Song Talk Magazine review commented that "[H]earing the songs of Michael Smith in this day and age is like reading an anthology of short stories by Hemingway after decades of only comic books."

After high school, Smith's family moved to Florida. Two years later, he started college and his interest in folk music blossomed. He cites The Kingston Trio and Harry Belafonte as his earliest folk influences. He spent three years of the 1960s working at a Miami venue called The Flick, playing six nights a week. He was in a Peter, Paul and Mary-style trio for a couple of years which included his wife Barbara Barrow and fellow singer Ron Kickasola. They expanded into a rock band called Juarez and recorded one album for Decca before disbanding. Smith and his wife then played as an acoustic duo for most of the early 70s.
(~wiki) 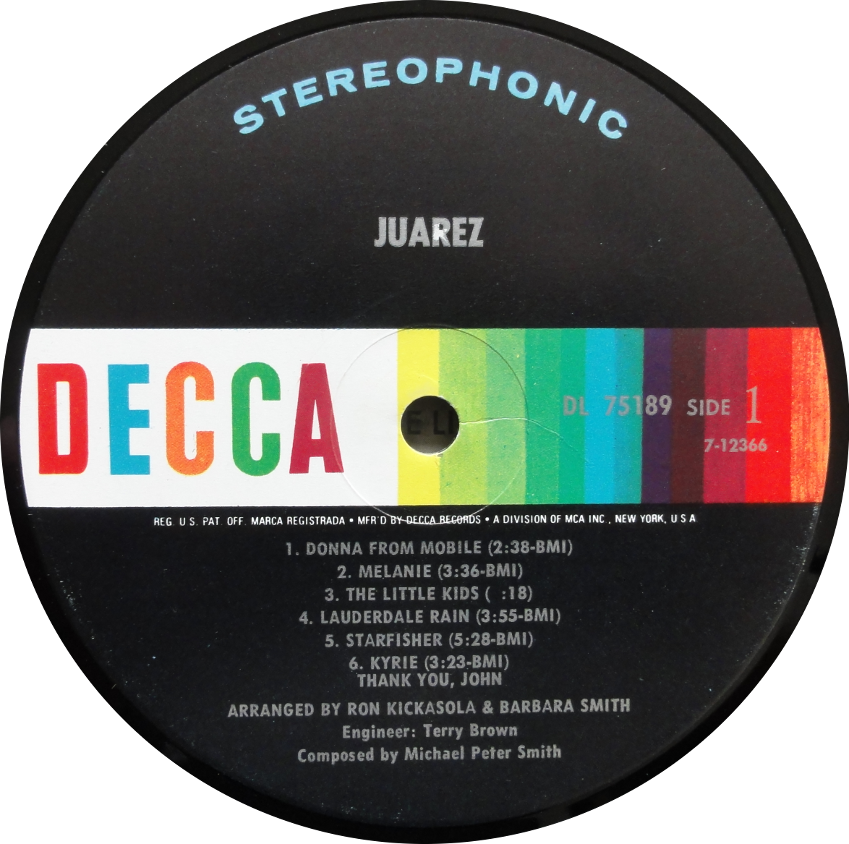 Tracks:
side one
A1 Donna From Mobile
A2 Melanie
A3 The Little Kids
A4 Lauderdale Rain
A5 Starfisher
A6 Kyrie - Thank You, John
side two
B1 Langdon Street
B2 Mary And Michael McCrea
B3 Acapulco
B4 Occidental Woman
B5 The Dutchman
B6 St. Mary's Railroad