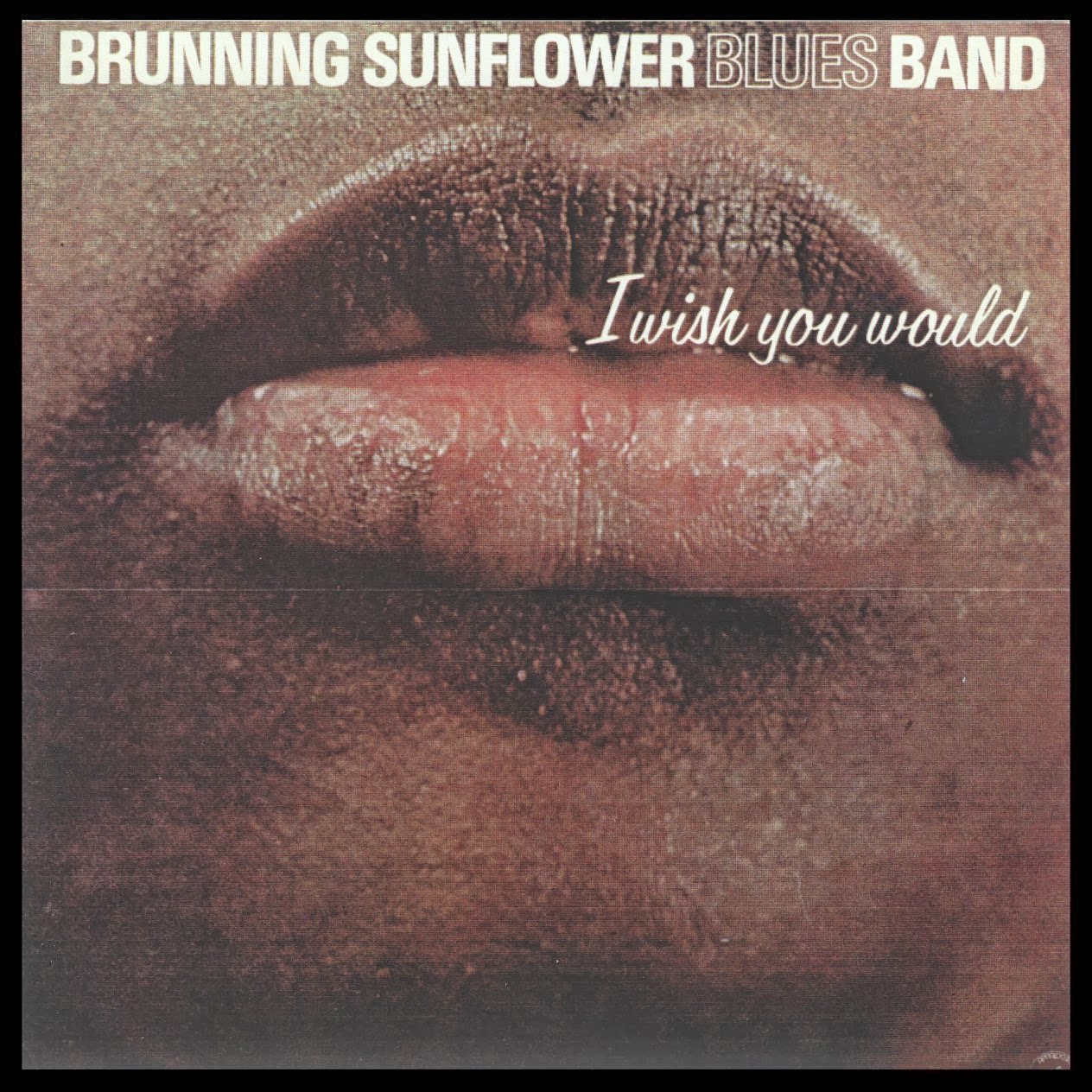 'Brunning Sunflower Blues Band' was a band of British blues- rock led by Bob Brunning , former bassist of the ' Fleetwood Mac ' , and blues pianist Bob Hall . Bob Brunning , a stalwart of the British blues scene for five decades , grew up in Bournemouth , where he learned to play the bass . And played with several local groups , including one led by future disc jockey Tony Blackburn on Radio 1 . In 1963 he moved to London to improve as a teacher in colleges St Mark and St John in Chelsea . There, he joined the faculty group , ' Five 's Company ' , which was keyboardist Steve Jones , radio host later. The group recorded three singles , but none were commercially successful . And so they parted . Later , Brunning answered an ad asking for a bassist in ' Melody Maker' , that was until its closure , the oldest newspaper about music existing in the UK . Brunning described later that for this hearing was received by someone who introduced himself as Peter Green , who said : ' You've certainly is appropriate for a blues guitarist name. You know your namesake , who plays the ' Bluesbreakers ' John Mayall ? ' . ' I am that Peter Green , you idiot , " Peter replied . Despite this gaffe , Brunning joined the ' Fleetwood Mac ' . And the band made ​​its debut at the 1967 ' National Jazz and Blues Festival ' in Windsor , after the group took presentations at the Marquee Club in Soho . But Brunning was asked to leave three months later, when Peter Green and drummer Mick Fleetwood John McVie convinced his colleague to leave the band Mayall and join the ' Fleetwood Mac ' . Undaunted, Brunning moved to a rival group , the ' Savoy Brown Blues Band' , later known as ' Savoy Brown ' , which appeared in the ' Nag 's Head , a pub in Battersea , south London . His journey with this band was equally brief . This time , the split was caused by financial discussions . This separation Brunning convinced that he needed a regular and safe to counteract the disadvantages and quirks in the music business jobs . He found one in an elementary school as a teacher and remained in the profession for 30 years , retiring in 1999 as director of the school.

In the 70s , Bob Brunning remained active on the British blues scene in the formation of bands and accompanying many American musicians , many of whom had on tour organized by the Blues 'American Blues Legends' promoter Birmingham , Jim Simpson . Sometimes Brunning , returning to London in the middle of the night , after a show in northern England and had only a few hours of sleep before the day classes begin. Among those associated with Brunning on blues scene in south London were singer and guitarist Jo Ann Kelly , his brother guitarist Dave , and pianist Bob Hall . With Hall , Bob founded the ' Brunning Sunflower Blues Band' who recorded four albums between 1968 and 1970 : Bullen Street Blues (1968 ) , ' Trackside Blues ' with Peter Green in 1969 , ' I Wish You Would ' in 1970 and ' The Brunning / Hall Sunflower Blues Band ' in 1971 . Then he organized the ' Tramp ' group with Jo Ann Kelly and Bob Hall , plus the members of ' Fleetwood Mac ' , Danny Kirwan and Mick Fleetwood .

In 1981 , Hall and Brunning returned with the band ' DeLuxe Blues Band' with Danny Adler on guitar and Mickey Waller on drums . The group was formed to support the American blues musicians , guitarist Eddie Clearwater and harmonica player Carey Bell at a show in London, but the quartet stayed together for over a decade , adding Dick Heckstall - Smith on sax . The band recorded five albums and toured frequently in Europe during the school holidays . In the 80s , Brunning was launched as an author . His first book , ' Blues : The British Connection ' 1986 , narrates his experience in the music scene and continues to be a definitive guide to the genre . Brunning was the author of many books and written a number of Fleetwood Mac , the British blues scene , and music in general . His books about his former group include ' Behind The Masks ' , published in 1990 , and ' Fleetwood Mac : The First 30 Years' and ' The Fleetwood Mac Story : Rumours and Lies ' released in 1998 . With his teaching experience has also launched a series of books about popular music for children , published as 'Sound Trackers ' . He continued to perform regularly in clubs on Sundays , and released CDs on his own label . Always faithful to the ' Fleetwood Mac ' , he still played occasionally with ' Fleetwood Bac ,' a tribute band . Bob Brunning died in 2011 after a heart attack at age 68.
Thank you so much Adam for that effort

I would say that this is the weakest of the BSBB albums. Though pleasant, it just doesn't have the strong material that the other albums have. Although some songs are better than others, there will be little here to make a real lasting impression on you. An obvious high point here is the guitar instrumental chugger "Uranus" though oddly the writing credit of the song goes to Brunning. This is a virtual carbon copy of this song's other take (released on "Trackside blues" and known there as "Ah soul") though the version here is perhaps smoother overall and there are times I prefer this one to the more fiery "Ah soul" but this may help you determine which your pleasure is in regards to this track. Green is distinctive regardless of take. Whatever the writing status of "Uranus", Brunning actually did write 2 songs here and apparently sings lead vocals on them as well, "C & W blues" is a tale about an annoying neighbor and it's self explanatory as to what "On the road" is about. They are both quirky and amusing though perhaps admittedly elementary. Brunning's vocals may seem shaky at first but he holds up his own with the others here though naturally Dave Kelly is the best lead vocalist present for the proceedings. His sister Jo Ann would have been top of the heap here but she is very under used on the platter and I think this is critical to this albums downfall. You're left thinking if only she had sang this one, maybe it would've been better for many tracks. Dave starts us out well here though with the shaking title track with his strong vocals backed nicely by Bob Hall's ragging piano and effective harmonica toots and maracas but then we get in to the slow, dragging "Checking on my baby" which features guitar, harmonica, horns and piano but unfortunately none of them really end up taking the lead. "Broken hearted" suffers the same fate which as a result, goes nowhere. "I'm a star" is a forgettable Hall shuffle though he was obviously trying to follow the same idea Brunning had with "On the road" though the piano guru does better, as always, with his solo piano boogie woogie piece "Bob's boogie". "Mean old 57" is a fast poker but it doesn't really work, Hall's vocals on this (and on many tracks here in fact) sound like Duster Bennett but naturally, not as convincing as Bennett's. "Bad luck" is semi interesting as it's at least different to what we had been hearing with it's "wounded horse" sounding clucking rhythms, acoustic guitar and flute parts. "All right with me" is a speedy shuffle which does work better than many others here but it certainly won't blow you away and the closing "Good golly miss Kelly" is a sax, guitar & piano driven Buddy Holly type galloping boogie with funny lyrics but it makes you wonder how seriously they were actually taking all of this. This album is not bad by any means but you're better starting off with any other BSBB album before this one.
~discog.fleetwoodmac (John Fitzgerald) 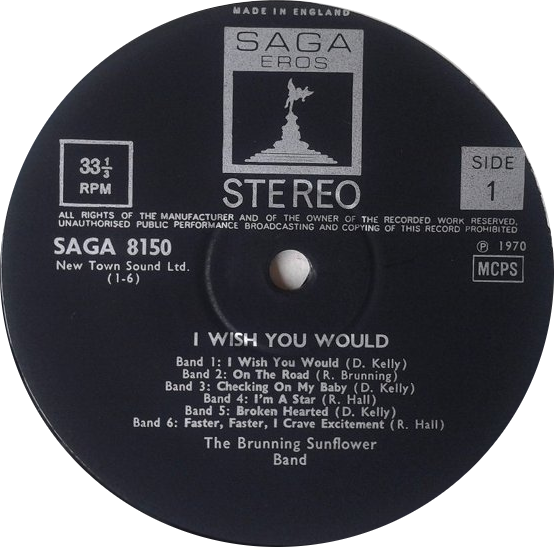