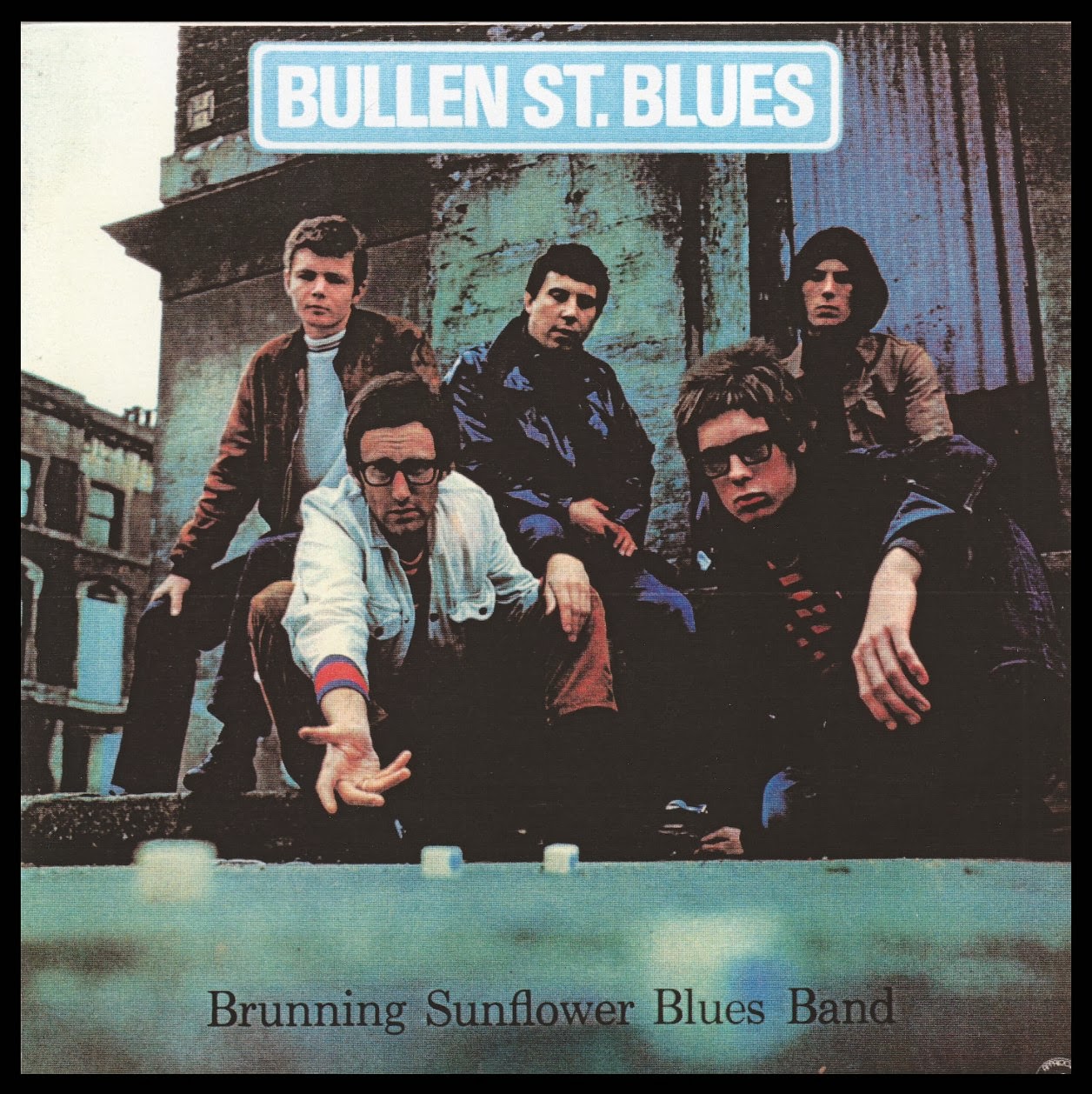 'Brunning Sunflower Blues Band' was a band of British blues- rock led by Bob Brunning , former bassist of the ' Fleetwood Mac ' , and blues pianist Bob Hall . Bob Brunning , a stalwart of the British blues scene for five decades , grew up in Bournemouth , where he learned to play the bass . And played with several local groups , including one led by future disc jockey Tony Blackburn on Radio 1 . In 1963 he moved to London to improve as a teacher in colleges St Mark and St John in Chelsea . There, he joined the faculty group , ' Five 's Company ' , which was keyboardist Steve Jones , radio host later. The group recorded three singles , but none were commercially successful . And so they parted . Later , Brunning answered an ad asking for a bassist in ' Melody Maker' , that was until its closure , the oldest newspaper about music existing in the UK . Brunning described later that for this hearing was received by someone who introduced himself as Peter Green , who said : ' You've certainly is appropriate for a blues guitarist name. You know your namesake , who plays the ' Bluesbreakers ' John Mayall ? ' . ' I am that Peter Green , you idiot , " Peter replied . Despite this gaffe , Brunning joined the ' Fleetwood Mac ' . And the band made ​​its debut at the 1967 ' National Jazz and Blues Festival ' in Windsor , after the group took presentations at the Marquee Club in Soho . But Brunning was asked to leave three months later, when Peter Green and drummer Mick Fleetwood John McVie convinced his colleague to leave the band Mayall and join the ' Fleetwood Mac ' . Undaunted, Brunning moved to a rival group , the ' Savoy Brown Blues Band' , later known as ' Savoy Brown ' , which appeared in the ' Nag 's Head , a pub in Battersea , south London . His journey with this band was equally brief . This time , the split was caused by financial discussions . This separation Brunning convinced that he needed a regular and safe to counteract the disadvantages and quirks in the music business jobs . He found one in an elementary school as a teacher and remained in the profession for 30 years , retiring in 1999 as director of the school.

In the 70s , Bob Brunning remained active on the British blues scene in the formation of bands and accompanying many American musicians , many of whom had on tour organized by the Blues 'American Blues Legends' promoter Birmingham , Jim Simpson . Sometimes Brunning , returning to London in the middle of the night , after a show in northern England and had only a few hours of sleep before the day classes begin. Among those associated with Brunning on blues scene in south London were singer and guitarist Jo Ann Kelly , his brother guitarist Dave , and pianist Bob Hall . With Hall , Bob founded the ' Brunning Sunflower Blues Band' who recorded four albums between 1968 and 1970 : Bullen Street Blues (1968 ) , ' Trackside Blues ' with Peter Green in 1969 , ' I Wish You Would ' in 1970 and ' The Brunning / Hall Sunflower Blues Band ' in 1971 . Then he organized the ' Tramp ' group with Jo Ann Kelly and Bob Hall , plus the members of ' Fleetwood Mac ' , Danny Kirwan and Mick Fleetwood .

In 1981 , Hall and Brunning returned with the band ' DeLuxe Blues Band' with Danny Adler on guitar and Mickey Waller on drums . The group was formed to support the American blues musicians , guitarist Eddie Clearwater and harmonica player Carey Bell at a show in London, but the quartet stayed together for over a decade , adding Dick Heckstall - Smith on sax . The band recorded five albums and toured frequently in Europe during the school holidays . In the 80s , Brunning was launched as an author . His first book , ' Blues : The British Connection ' 1986 , narrates his experience in the music scene and continues to be a definitive guide to the genre . Brunning was the author of many books and written a number of Fleetwood Mac , the British blues scene , and music in general . His books about his former group include ' Behind The Masks ' , published in 1990 , and ' Fleetwood Mac : The First 30 Years' and ' The Fleetwood Mac Story : Rumours and Lies ' released in 1998 . With his teaching experience has also launched a series of books about popular music for children , published as 'Sound Trackers ' . He continued to perform regularly in clubs on Sundays , and released CDs on his own label . Always faithful to the ' Fleetwood Mac ' , he still played occasionally with ' Fleetwood Bac ,' a tribute band . Bob Brunning died in 2011 after a heart attack at age 68.
Thank you so much Adam for that effort

This is my favorite BSBB album mainly due to side one's surprisingly fun material. We open with the likable, moaning slow blues of "Gone back home" followed by the up beat, bossa nova-ish "Hit that wine" (written by Brunning) then comes the perfect, easy shuffling title track (again impressively written by Brunning). The next track is a very good chunky piano led instrumental called "No idea" (as legend has it, due to not being able to come up with a title for it). After a soothing finish we get a white noise Elmore James type rocker in "Shout your name and call it" and then the side ends with the Brunning penned, attention grabbing nasty sing a long "Take your hands off me". Though side 2 is weaker, it's not a complete loss as we get the campy "Big belly blues", again, written by Brunning about his then pregnant wife and he also wrote the closing good time swing of "Rockin' chair" (but it is an admittedly disappointing closer). Other enjoyable moments are present though, there's the aptly titled "Sunflower boogie" (a rumbling solo piano instrumental by the band's keys player Bob Hall (under the pseudonym "Sunflower" from the band's moniker) and thus starts the tradition of a Hall solo piece on each BSBB album), the slow "'Fore time began" (with well placed piano fills though to be fair, it is somewhat draggy) and the fast shouting shuffle of "Something tells me" but I'm sure if you seek out a copy of this album, side one will most definitely impress you enough to make you a satisfied customer with your purchase of this platter.
~discog.fleetwoodmac (John Fitzgerald)

Tracks:
side one
A1 Gone Back Home
A2 Hit That Wine
A3 Bullen Street Blues
A4 No Idea
A5 Shout Your Name And Call It
A6 Take Your Hands Off Me
side two
B1 'Fore Time Began
B2 Something Tells Me
B3 Big Belly Blues
B4 Sunflower Boogie
B5 Rockin' Chair

How to DL screen