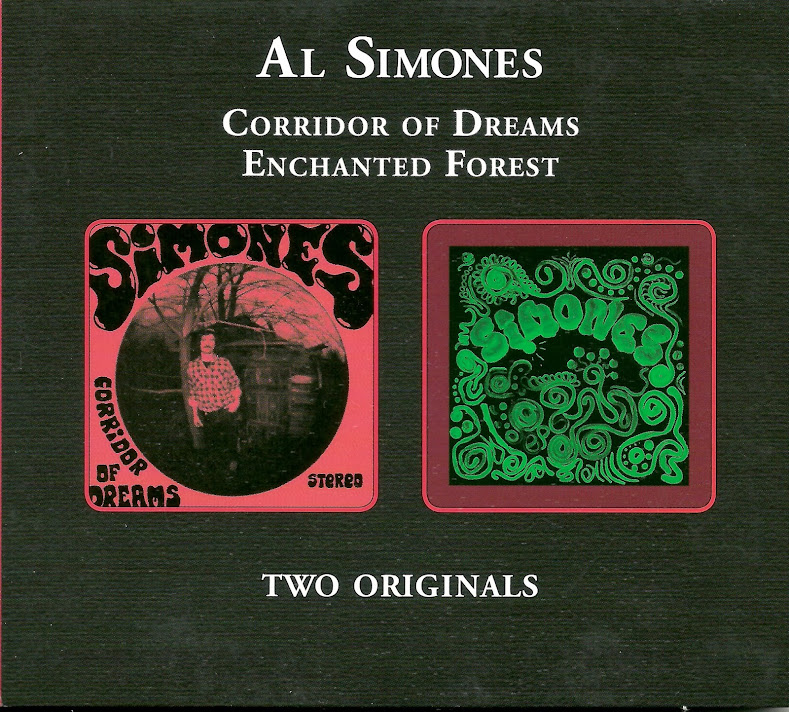 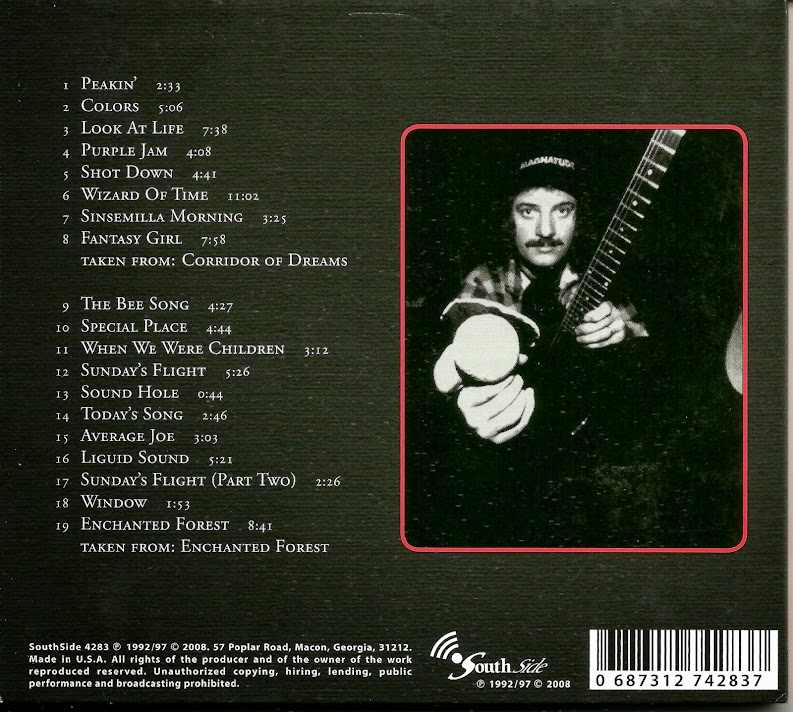 Legendary US psych gem from the early 90’s…Al Simones gave us this awesome debut LP full of Hendrix-like guitars, wah/wah assaults, fuzz delights, psych echoes and effects, totally stoned feel…To all fans of great guitarists, if you do not know Al Simones “The man orchestra” If you like the effects in all their forms, here it is served. This is fantastic level Hendrix, Buchanan … but different.Corridor of dreams / Enchanted forest 2 albums on 1 CD, Originally released privately in 1992 & 1997.We could barely find out anything about this guy on the internet, but what we do know, is this is some seriously tripped out, druggy and damaged folk flecked wild psychedelia. The bit surprise is that it’s not from the sixties, or the seventies, or even the eighties, this stuff was recorded in the early to mid nineties, but everything about it screams lost sixties psych rarity, which was obviously the intent. Some folks here were quite surprised once we discovered it was in fact relatively modern, but hell, that hardly takes away from the genius tweakage going on here.The first minute of “Peakin’” should have you convinced, urgently strummed minor key steel string acoustic guitar, wandering rubbery basslines, and a non stop barrage of super wild freaked out psychedelic leads, not to mention some truly bizarre vocals, a sort of guttural groan, or that sound you make when you slow down your voices as slow as possible “aaaaaaaaaaaa a a a a a a” or when you try to talk while breathing in, whatever he’s doing, it’s freaky, there seems to be some other female vocals swooping in from time to time, but it’s all about the throat singing like groans, and those shredding leads.Not all of the stuff is so heavy and far out, but it’s all pretty twisted, jangly and sixties sounding, always with some strange sheen, whether it’s effects or strange production, and every song is rife with sonic mysteries and oddities, treated backwards guitars, found sounds, mysterious vocals, croaking frogs, all sorts of strange distortions and delays, and almost always a squall of super freaked out wild and woolly fuzz guitar. Even with all that craziness and weirdness, the songs manage to still sound pretty, and woozy, and dreamy and catchy, in addition to sounding twisted and demented.All in all, some seriously freaky, far out, kick ass private press psychedelia, great acid drenched psych fuzzed rock, with looping phased backwards guitar, with some folkish elements but mostly freaked out YaHoWa 13 style jamming. Released privately in just 500 copies and long deleted.