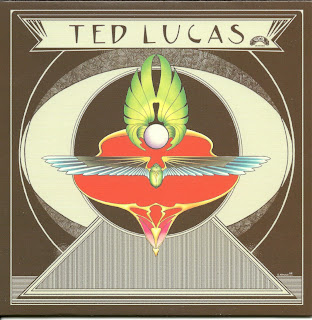 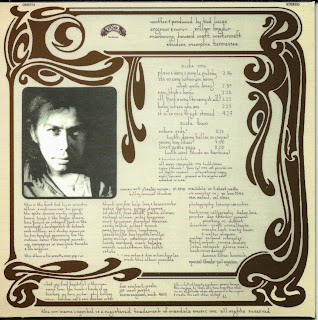 Ted Lucas flirted with fame in the late 60s in the Spike Drivers and Misty Wizards, studied with Ravi Shankar, went home to Detroit and played sitar for Motown, and recorded his album, referred to by family and friends as The OM Record (after Ted’s private label name), in Detroit and Nashville.
It’s astounding how unsung heroes resonate more than any other. Ted Lucas is no exception. A local Detroit legend, Lucas was a Motown studio musician who specialized in exotic strings, and appeared on recordings by The Temptations, The Supremes, and Stevie Wonder. He played in a slew of ’70s bands with goofy names– The Misty Wizards, The Horny Toads, and Boogie Disease– who opened for stadium-grade acts like The Eagles, Frank Zappa, and Yes. He rubbed shoulders with Alice Cooper and Ted Nugent and every other major player on the Detroit scene. His pioneering early psych rock bands Spikedrivers and Misty Wizards managed to become legends with nothing more than a handful of singles and never tasted success.
“By the beginning of the 70s, major cities/studios usually had a session guy who was the go-to for sitars, bells, & other frequently requested ephemera. In Los Angeles it was Emil Richards, and in Detroit it was Ted Lucas. Vocal overdubbing totally reminds me of Steve Miller (‘Fly Like an Eagle’), and the cover art is by the guy who did Journey’s logo (in fact, the cover art actually depicts what later became Journey’s logo).
His only solo effort, nicknamed The Om Album, circulated among record diggers and evolved into a cult relic alongside Nick Drake, Linda Perhacs, and Vashti Bunyan. A stunningly beautiful folk album, it topped best of 2010 lists at The Village Voice and Other Music. The long-overdue reissue of Ted Lucas’ one solo LP (1975) is a collaborative effort between Yoga Records, Sebastian Speaks, and Riverman Music. It took a long time because we wanted to get it right. We want to say thanks for your patience.
Lucas, though active until his death in 1992, fell into obscurity.
His string skills are positively arresting in “Love and Peace Raga” and “Sonny Boy Blues,” but his voice is what steals the show. The first taste of his weathered timbre in Om’s opener, “Plain and Sane and Simple Melody,” is that of a sweet sadness, both unique and otherworldly. The marriage of deeply introspective lyrics and full-bloom harmonies in “I’ll Find A Way,” “It’s So Easy,” and “Baby Where You Are” makes eyes water, hearts yearn, and minds linger. (Thanks Adam)
The Om Album (1975) combines the rawnes of Skip Spence, the emotion of Nick Drake, and the virtuosity of John Fahey, and the notoriety of Gary Higgins. Starting with psychedelic cover art by San Francisco graphics giant Stanley Mouse, the full intensity of Ted Lucas’ vision is on full display on this, his only full-length release.
Side one features six of the most beautiful songs ever written, while side two unfurls three guitar ragas captured live performance. Hear this album and discover why Lucas is perhaps THE ultimate unsung hero of 20th century folk-rock. 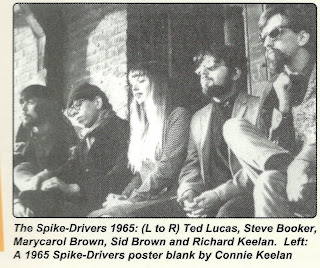