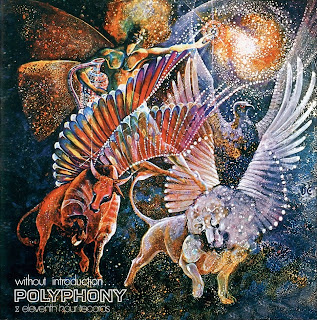 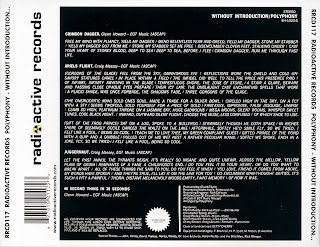 "What a lost gem this is! I have to thank PA member cannon for introducing me to this group, which I had literally never even heard of. This is the only album by this American band from Virginia. A collector's item before being reissued on CD. This is yet another one of those one-album wonders from the early 1970s where you wish there was a follow up. There was just so much great music coming out at the time that an album like this fell through the cracks. (Realistically, there was a lot of sh*t back then too). This is great prog from 1971, just as good as anything coming from the UK at the time.

The music can generally be described as equal parts symphonic prog and space rock. Not very derivitive but the organ work is very Emersonian (more The Nice than ELP though). The synth work is good but I've heard better tones used on analog monophonic synthesizers. This is your typical guitar/keyboards/bass/drums line-up but with a percussionist added. The added percussion only makes the already great music even better. Everyone except the drummer and percussionist do vocal duties. The album features two epics and two shorter tracks.

"Juggernaut" is mostly instrumental. There's lots going on and the music changes a lot. After 9 minutes is one of the greatest vocal sections in all of progdom. Lovely organ playing and echoed vocals are joined by the rhythm section and sinister sounding guitar. Very memorable section, I've had it stuck in my head a few times. "40 Second Thing In 39 Seconds" has a bizarre title, mainly because the song itself is over a minute long. This song is literally an afterthought, but it's what I refer to as "filler that works." It begins with an announcement of the first take; the voice has an accent that leaves you in no doubt that they are not from anywhere but the USA. The whole track is basically noodling on the MiniMoog. It starts out sounding like the beginning of "Baba O'Reilly" and ends sounding more like an organ.

Compared to "Juggernaut," the second half starts out more psych/space sounding. "Ariel's Flight: a) Gorgons Of The Glade b) The Oneirocritic Man c) The Gift Of The Frog Prince" is probably the highlight of the whole album, although the whole thing is very consistent. I like how the bass does a pause/unpause dynamic when the vocals enter. Great organ playing in this track. Gets into an awesome groove in the middle. Later gets more spacey with treated vocals. Near the end the music is in almost a waltz style. Great vocal melody in this part. You can listen to last song "Crimson Dagger" here on PA. This starts off in a rockin' symphonic way. Gets spacier and freer sounding for awhile. Some back-up harmony singing during the vocal section. The song ends abruptly; don't know if it did that on the original vinyl.

My only real complaint with this album is that abrupt ending. The only time I like abrupt endings to a song is when they are immediately followed by the next song. I don't like it when it happens at the end of an album. Apart from that, this is almost flawless. Great compositions, great playing and great production for 1971. More people need to hear this album, it truly is a masterpiece of progressive rock. 5 stars."