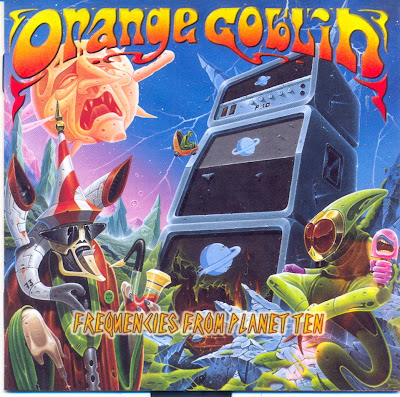 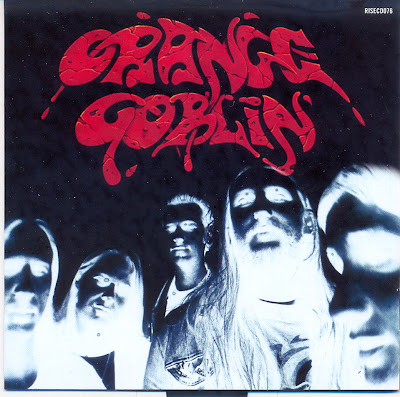 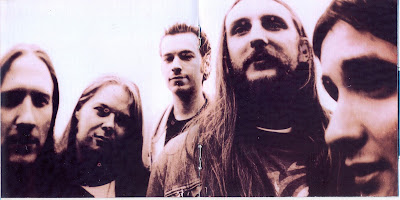 
This I consider one of the best new bands that appeared in the English music scene
Super heavy, large instrumentations, perfect vocals, if you do not download
To listen to from beginning to end, all songs are fantastic starting with Alstral Project and there let go
Who will regret not download, because this is very rare on the Internet and is part of a package that cared about 5 discs in one package
So let's make it fruitful and download quickie repent before it be
kisses


Adamus67 Raw Material
our Specialist from Poland
Deluxe digitally remastered and expanded digipak reissue of this 1997 album from the British Stoner Metal band including bonus material. Rise Above Records. Recorded at Rhythm Studios, Stratford, England; The Square Center, Nottingham, England between 1996 & 1997.
"Frequencies From Planet This" is the debut album the group Orange Goblin. Tracks included on the CD: "Saruman's Wish" and "Lothlorian" have their basis in the JRR Tolkien fantasy "Lord of the Rings". Saruman is a bad witch and Lothlorien is a mythical forest that is home to a race of elves.
Tracklist
1. The Astral Project (Class A)
2. Magic Carpet
3. Saruman's Wish
4. Song of the Purple Mushroom Fish
5. Aquatic Fanatic
6. Lothlorian
7. Land of Secret Dreams
8. Orange Goblin
9. Star Shaped Cloud
Bonustracks (Digipack Version)
10. Saruman's Wish (Demo Version)
11. Aquatic Fanatic (Demo Version)
12. Black Shapes of Doom (Trouble Cover)
Line-up
Ben Ward - vocals, guitar
Joe Hoare - guitar
Pete O'Malley - guitar
Christopher Ian Turner - drums
Martyn Millard - bass
Session musicians
Duncan Gibbs - keyboards
Upon first listen, Orange Goblin's interestingly named Frequencies From Planet Ten was a remarkably professional-sounding debut, but a closer look quickly revealed that the band's sonic identity was still maturing. Opener "The Astral Project" serves as their de facto resumé, covering the band's entire stylistic repertoire, including doomy riffs, psychedelic melodies, spacey jams, stoner grooves, and even, occasionally, jazzy accents. Most of the songs that follow revisit these elements -- all of them -- at once! And that's where the boys' bluff is called. While they obviously worked their butts off trying to please all the camps, the disc's best songs are usually those where they stop trying to be so damn eclectic and just get down to some serious head banging. For proof, check out the killer intro and minor chord perfection of "Land of Secret Dreams" (arguably the album's best offering) and the all-out pummeling of the excellent "Aquatic Fanatic." They also have a little fun exploring their healthy fetish for J.R.R. Tolkien on tracks like "Saruman's Wish" and "Lothlorian," as well as their very name, of course. All things considered, this was a solid first effort, and while they would subsequently suffer the expected growing pains, Orange Goblin was on their way to bigger and better things
What matters here is that FFPT is well-composed, tight, well-played and genuinely interesting. The guitars sound just as terrifyingly heavy as they should, Ben Ward's vocals is the band's trademark right from A to Z and, all in all, anyone who gets to listen to this will have a good time. Rome wasn't built in one day and sure as hell only few can boast that reinvented the wheel when it comes to heavy rock. To-do list? Heavy riffs -tick. Lyrics under the influence -tick. Testosterone-freak vocals -tick. Impression that the next album would kick ass -three ticks.