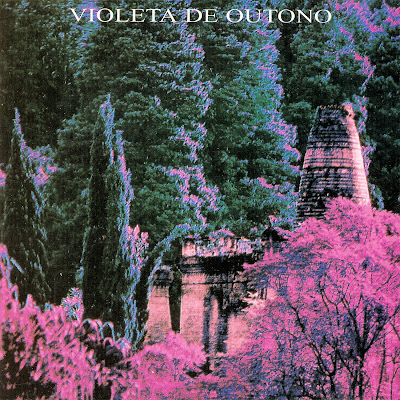 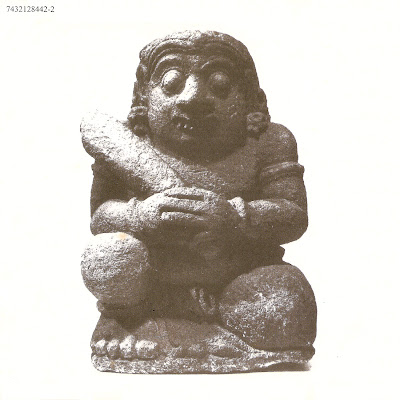 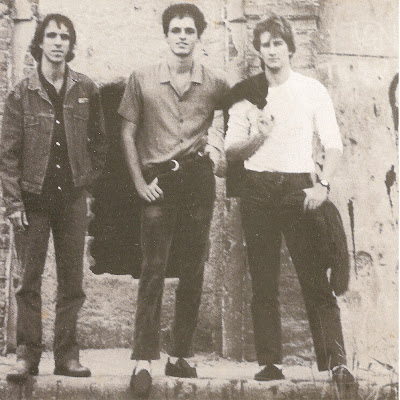 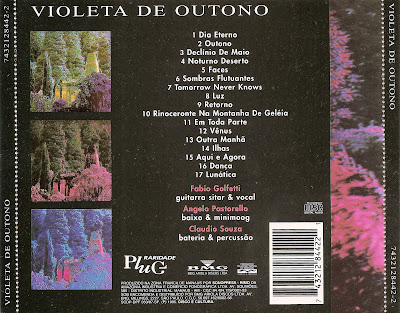 I do not remember who was the sob who asked me about this record, said he had lost in the day it was hard on her boyfriend's house, and possibly along with her ​​boyfriend stole his underwear to his collection of intimi's underwear, and as my was still packed, it took me a while to find it, but here, saw his pederast rssssss

Outside the joke above, I really think Violeta de Outono is  one of the best Brasilian's groups of all time

I met them yet in free concerts at the Republic Square, had gone there to see if I grossed some money prostituting on the street, and there watched the show

Once the album came out at the time, I bought it quickly, because the sound was diferent them others groups of the time, a quiet sound, with cryptic passages, but very light

Do not have what to emphasize, only a warning:

If you don't download this album will not regret it for life, even in WAV
I made ​​sure to post to keep the original

Now the Raw Material of Adamus67
Our Specialist From Poland

Formed in August 1985 by guitarist Fábio Golfetti (born in 1960, São Paulo, SP), bassist Ângelo Pastorello (born in 1959, São Paulo, SP), and drummer Cláudio Souza (born in 1959, São Paulo, SP), the Violeta de Outono were a psychedelic group heavily influenced by Pink Floyd. Getting together after their tentative bands since 1981 -- Lux, AMT-1, Ultimato, Zero, and Fragata -- they were considered the best Brazilian group in the psychedelic genre. In 1987, the group recorded their first LP, Violeta de Outono, through the independent label Wop-Bop. In the next year, RCA contracted them, yielding a second LP, Em Toda Parte, released in 1989, with the trio transformed into a quartet with the addition of electronic programmer R.H. Jackson (former Nomenclatura). If there is one band originated in the 80’s rock boom in Brazil that has kept faithful to their sound, that band is Violeta de Outono. The São Paulo band led by guitarist Fabio Golfetti blew the minds of a legion of fans with a music that mixed late 60’s/early 70’s psychedelia with 1970’s progressive rock experimentalism. The band has also become well-known for their concerts in underground/alternative venues and for having opened shows for foreign bands such as Camel, Focus and Nektar.
And the sound ...Well, the sound is something to make the fan kneel and thank Fabio for having achieved the original masters with RCA. He even pointed out the difference in sound would have an interview I did with him in 2006. Incidentally, here's what he spoke about the reissues: "I've been with me the original masters of 16 and 24 channels recorded in the studios of RCA, is now just a matter of willingness to dive into the mix who I know will make a good job, but believe not started yet, because I am amazed watching those recordings. As well recorded in that studio! One of the first analog equipment ... they had SNOW desk, Studer recorders, Ampex and the best microphones in the world. The idea is to launch the two LPs on separate CDs with their bonuses, which are unfinished tracks that we recorded but not entered in the LPs. We will also cover the originals as much information as we can remember. "
If we ever choose to venture down the Unconvention path again the whole Violetta de Outono band have simply got to be there. Their brand of heartfelt, optimistic psychedelic-progressive rock is a perfect fit,the sound quality of the Violet is absurd ... classic!fine thing ... the rock of the 80th São Paulo was very good, great season!St. Paul was a cradle of great bands in that decade.
In my humble opinion, after 80 years, national rock never been the same.
Hugs!
Good memories!