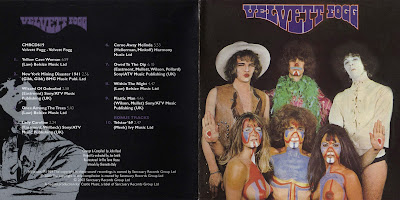 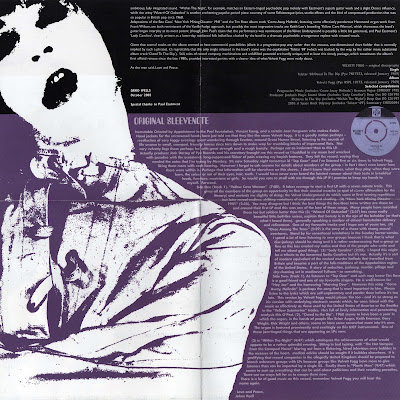 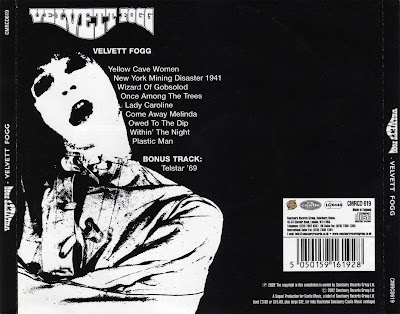 A Post from Adamus67
Our Specialist From Poland
Velvett Fogg Group was founded in Birmingham in 1968. For almost the entire first year of operation performed (as The Beatles) in Germany, playing in nightclubs and military bases. After returning to England in the team he played for some time later the guitarist of Black Sabbath - Tony Iommi. After joining the group Eastmenta Paul (Tony's cousin), they recorded and released in January 1969, and re-released on CD by Sanctuary Records in 2002.
Now rightly belongs to the classics of mainstream psycho-prog-rock, this fascinating trend model.
The Power of Music Velvett Fogg is in the manufacture of the atmosphere by means of simple means of expression. So why write at all about this album? Well, because despite all these shortcomings, this is an interesting title and having its undeniable charm. With each subsequent hearing reveals his decidedly psychedelic nature.
The best track  proposed to start with. 'Yellow Cave Woman' is actually a prime example of late British psychedelia gone through into progressive rock. Slow trance rhythms, smooth phrases and Hammond organs protruding into the foreground, giving the composition definitely tons of rock, sharp guitar lick. All this together is like a reflection of the narcotic sleep. Heavily visited section.
Then the transformation of the composition "Come Away Melinda '. Here there is a sensational introduction of Hammond organs in the lead role. Piercing sounds of this instrument in the masterly manner grades tension until the climax, which goes into a bit claustrophobic song.
Quiet, distorted voice sung verse is supported sounding mysterious background sound effects. Unquestionably it is the most amazing moment and psychedelic album in the best sense. I think the group really was able to build a mood, a suitable climate.
Several months later, a song on their debut album the group has placed a UFO. But it was extremely different performance.
Both of these songs in a perfect way to illustrate the musical content of the disc.
There is still an interesting, dynamic version of the Bee Gees song 'New York Mining Disaster 1941'. Of course, given in this strange shrouded various potions coating. While the original could not, however, probably break.
In 'Within The Night' appears on the organ played the theme to delusion reminiscent of the famous lick from 'Light My Fire "The Doors.
However the most surprising song disc is a product of 'Wizard Of Gobsolod'. I do not know who had the idea to put the 'work', but it was not probably the best idea. The recording gives the impression as if the case went here, and presumably was recorded as a song for children. Arises because such associations. Bouncy rhythm. Plumkanie strange. Shrill guitar. What is this? Kind of funny, but it probably unnecessary.
All pieces are decorated in different tempos, with different duration, but usually not more than seven minutes. And in all this is what fans of that rock like the most: long, organ passages, knocking out a guitar, strong percussion and booming bass. For this we have added an interesting, male vocals. All this, and we encapsulate psychodelic ... Velvett Fogg
Interestingly cover plate was made before the recording session, before Paul Eastment joined the team.
Soon after the collapse of Velvett Fogg, guitarist Paul Eastment Ghost founded the group responsible for the record 'When You're Dead ... One Second'. ... But that's another story.

Hmmm ... Maybe some people hate the music. And perhaps it will find its admirers. For some board proves to be an expression of misunderstanding and lack of inventiveness. And for others will work intriguing if not exhilarating. How is it really? In this case, the answer is ambiguous and difficult to provide. Best to listen to yourself.
Tracklist: