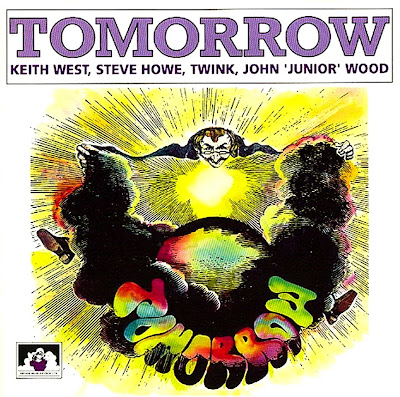 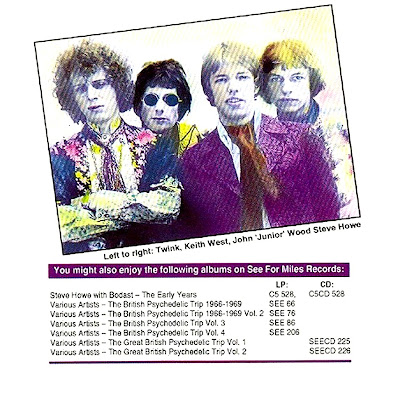 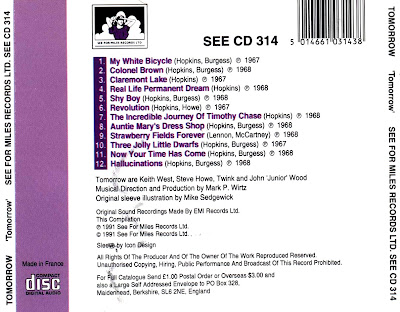 
This is a legendary band like Pink Floyd and Soft Machine
Formed in 1967 had good success in the UK underground circuit
The type of sound and the time is well worth checking out, be rare and download here
The presence of Twink Pink Fairies before is a good indication
Have fun downloading and fuck this shit right here
kisses

Now the Raw Material of Adamus67
Our Specialist from Poland
Yep..can I say...Tomorrow ... holy grail for me... I love 60s and 70s psychedelic.., I can almost say that THIS IS IT.
.....when I listened to this album for the first time from the beginning to the end,(10 - 15 years ago,and perhaps more) After a few hours I was beginning to comprehend what that meant: the material - is so damn excellent it was just to blow in My mind.
Listening to this album in Stereo is highly recommended, because the effects are insane....
"My White Bicycle" is the normal Psych song with quick, lots of back-vocals and guitar solos. This song however has something that makes it unique, it has a lot of strenght, maybe thats why it sounds so well. "Colonel Brown" leaves the rush of the last song and is sung much calmer. we can appreciate the voice of Keith West and the fantastic guitar work of Steve Howe. The ending of this song is particulary nice. "Real Life Permanent Dream" has a sitar played in it, couldnt find who plays it tough. "Shy Boy" is a story about a shy boy, that didnt get married because of his shyness. Starting with spoken phrases "Revolution" is an anthem of Flower Power revolution, 'A time will come when we'll be free|When we can talk and meet and see'. they go on to talk how they want to free their minds without being bothered by the police (i agree with this soooo much). The refrain is far out. "The Incredible Journey Of Timothy Chase" at the mid of the song it tuns into a folk song. The song is very interesting. A cover from the Beatles features on the album, "Strawberry Fields Forever" this version is maybe a bit harder but doesnt bring alot of changes to it.
"Now Your Time Has Come" has a really nice solo that last for most of the song....
In summary generally....album by the British psychedelic group...It's a nice blend of '60s psych-pop positioned somewhere between Barrett-era Floyd and the Beatles circa Revolver. It was originally released by EMI Parlophone in the U.K. in a black and white sleeve. A slightly different version of the album was also released in the U.S. in 1968 as Sire Records SES 97012, one of the first releases on that label. The lack of commercial success can be explained by the long delay between initial recording sessions in spring 1967 and final release in February 1968. By the time the album arrived in record stores the psychedelic trend had already started to die out. EMI provided a very small recording budget and would not allow prints of a colour album cover to be made, although some later re-issues were printed with a modified colour cover.
Although it was not a success when first released it is now widely regarded as one of the best psychedelic rock albums ever made.Tomorrow's September 1967 single "Revolution" was likely the primary inspiration for the John Lennon song of the same name which was released a year later. Tomorrow's lyric "Have your own little revolution, NOW!" sounds like it prompted Lennon's response "You say you want a revolution." Although Tomorrow's song was not a hit the group was well known to insiders of the London music scene. Tomorrow also released a version of Lennon's "Strawberry Fields Forever" in February 1968, so there is little doubt that Lennon was already familiar with the group before writing his own "Revolution" in May 1968.
After the band Tomorrow disbanded,singer Keith West is perhaps better known as a participant in Mark Wirtz's Teenage Opera project that gave him a solo hit single "Excerpt from a Teenage Opera (Grocer Jack)" and brief commercial success. Guitarist Steve Howe later joined progressive rock band Yes, whilst Twink joined The Pretty Things on their concept album, S.F. Sorrow, before forming The Pink Fairies.