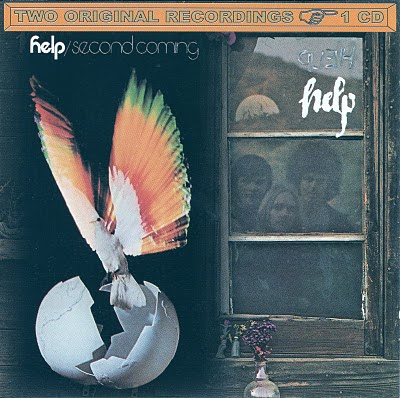 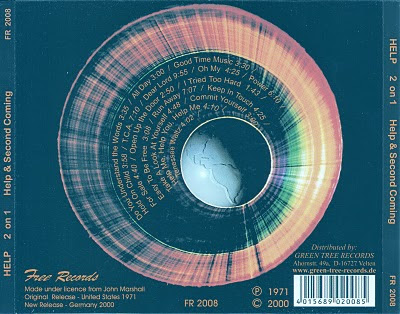 
Help's first album hasn't attracted as much attention as their collector-friendly second, but it's by far the superior record.

It's a solid mix of rural rock, folk rock and pop, and rocks really hard despite there not being any distortion on the guitars.

There appear to be no instrumental overdubs, just a trio of guitar, bass and drums, yet the excellent musicianship (especially the rock-solid rhythm section) makes the sound full and rich.

Side one is full of energy, melodic songwriting, and excellent vocals, and is solid all the way through. Side two is somewhat less inspired, but still pretty good, and the album is definitely recommended.

This much heavier second album is the one that most collectors know, due to lots of fuzz and wah wah on the guitars.

The sparse trio format is the same as on the first album, except that the clean guitar is replaced by distortion and effects. Strangely enough, that makes the sound less full than on the debut.

There's some fine lead guitar work on both of these albums which are well worth a listen. The second album is particularly spectacular with awesome guitar work and amazing drumming.

Chet McCracken
Chet is a former member and contributing songwriter of the legendary Doobie Brothers. He is amongst the most respected drummers in his field. As a member of the Doobies, Chet's song "South Bay Strut" was nominated for a Grammy ("One Step Closer" CD).

Currently, Chet, a recording studio owner, is a recording engineer who is also mixing and mastering records. His studio work can be heard on the Country Music Charts by Country Star "Billy Pierson" with his hit song "Don't Get No Sand in It" (Oak Records).

The music being produced out of Chet's studio represents powerful recordings and consistent quality.

McCracken's "Custom Killer Drum Tracks™" (available through the Internet) has given sincere songwriters a chance to have a world-class drummer compliment their songs — raising the bar of quality to the top! 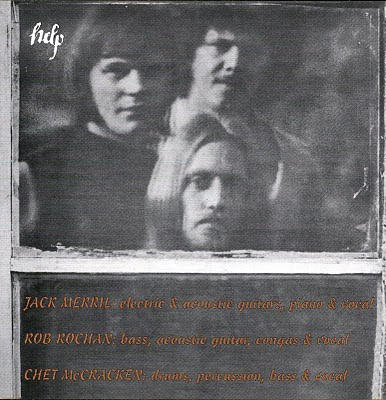