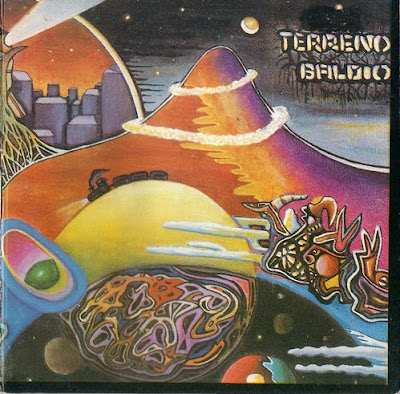 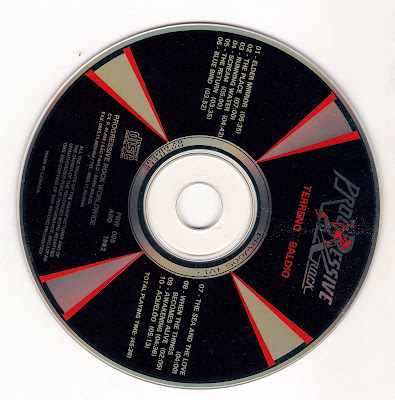 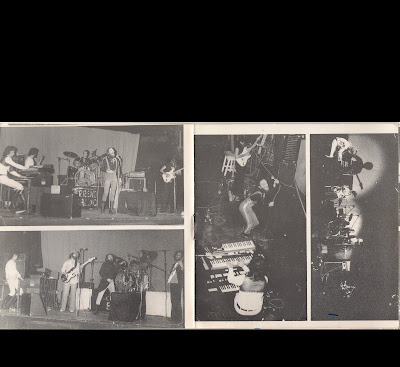 Hey your freaks
Considered by many as the Gentle Giant Brazilian, vacant lots and one of the most important national groups in style. Formed in the early '70s, the group's debut in 1975 with "wasteland" which comes out in the Pirate record run of 3000 copies. The group released one more album, "Beyond the Brazilian legend," prior to disband in 1978. A more within the Brazilian Progressive Rock. The training was slightly different with Ayres Braga (former Pork Knee) in place of Ascension. The Land will reconvene in 1993 to rewrite the first LP, this time in English, to a (re) launched by the Progressive Rock Worldwide (complete with extra-tracks)


Now the Raw Material of Adamus67
our specialista from Poland
Always a of great pleasure to examine - Your shares,everything is perfect and handy every time!
.......Known by many as the 'Brazilian Gentle Giant', TERRENO BALDIO are one of the most important prog-rock bands in Brazil. Grouped in the beginning of the 70s, the band debut was the album "Terreno Baldio", which got substantial sellings although the master-tapes were lost avoiding new editions. The line-up was João Carlos Kurk (vocal, flute and percussion), Mozart de Mello (guitars), Ronaldo Lazzarini (keyboards), Ascenção (bass) and Joaquim (drums).
Terreno Baldio was an old Brazilian band who started in about 1973 or thereabouts; they were made up of Robert Lazzarini (keyboards), Mozart Mello (guitars) and Joao "Fusa" Kurk (vocals), with various people in the rhythm section. They put out their first album, Terreno Baldio, in '74, and according to the liner notes on my CD it became something of a collector's item. After several more years and another album called something like Beyond the Brazilian Legends (1976, if the liner notes are accurate; I can't remember the Portuguese title) they broke up. When the time came to release Terreno Baldio on CD, the master tapes had disappeared, so Lazzarini, Mozart and Fusa were brought together again in 1992 to re-record the songs with up-to-the-minute technology, and that's what's on the CD. (They also added two songs which had been written about the same time as the record but weren't included.) I haven't heard the original album, but I like the sound of this better than most of what I've heard using similar technology--perhaps this is because the music wasn't written for the instruments being used and they went to some pains to reproduce the original sound as closely as possible. They sound a little like Gentle Giant, but this is mostly because of the long, twisty melodic lines. Don't go getting this hoping for multi-part vocal harmonies and recorders, because you won't get them. In general, it's quite accessible-sounding, with very short songs (well, very short for progressive; the longest is seven minutes, while most of the rest are between three and five), but there's enough intricacy and twists that most of it sounds a little difficult for FM radio. The lyrics are in English, and those of you with strong prejudices against foreign accents and bad grammar should probably avoid this. The songs are split between two different concepts: the first, "Empty Lot" (which is "Terreno Baldio" translated into English), tells of the "empty lot" within us all on which we dump our bad feelings of the day, which are then cleaned up by a mysterious being named Aqueloo; the second, "Blue Bird," appears (as far as I can make out) to be the story of a young bird and its first attempts at flight. Neither of these concepts are adhered to particularly strictly, and there are several songs which don't seem to fit into either of these schemes. For some reason, my personal favorites are the "new" tracks, "Elder Mirror" and "Aqueloo," which are longer than most of the other tunes and, IMO, a bit better musically. Warning: none of the above applies to "The Sea and the Love," which has none of the characteristics described above (other than being played by the same musicians) and sounds like a soft-rock tune. The 1992 CD is a re-recording of the 1974 album with English lyrics and some track differences. It's rather complex, yet accessible. The new version sounds a lot like "neo-prog", so one can only wonder what the original sounds like.
Yours the crew of the Blog......
and visitors! - only of course those who know how to thank you for these treasures here! - I do not leech!