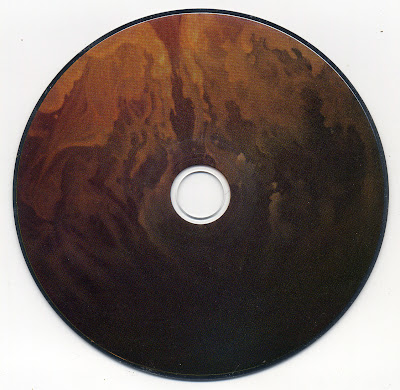 When I bought a disk there, he got a gift, and I hear (already been published), and I love it
Heavy sound, still, long songs, for those who really like heavy sound without being trash
The whole cd is good, it must be heard with love


Adamu67 Part
Our Specialist from Poland
Boston's Cult Doom Metal band ELDER long awaited LP Dead Roots Stirring on October 25 via MeteorCity Records. The follow up to the heavy-handed group's self-titled debut was recorded in Williamsburg, Massachusetts at Black Coffee Sound Studios (Black Pyramid, etc.) with Justin Pizzoferrero (Witch, Sonic Youth) and is set to deliver "a brick wall of aural tonnage" that should find immediate appeal with fans of SLEEP / High on Fire, ELDER's sound - a hypnotizing combination of amp-melting power and outer space psychedelics -- has been called "immense" and described as like Ufo mammut fucking Black Sabbath sideways. "Dead Roots Stirring' is not about down-tuning or as much fuzz as possible, it's about evoking the sort of heaviness that comes from dynamism, feeling and well-crafted melodies," said ELDER guitarist / vocalist Nick DiSalvo. "We're extremely excited to finally bring new material to light after such a long break." The music created by ELDER is "a sonic interpretation of the forces that surround us; the pounding waves of ancient seas, the weight of stone colossi rising up from the earth and the endlessness of inflamed, majestic skies." Since the band's inception in 2006, ELDER has been continuously shapeshifting towards their roots in underground heavy music while also moving forward into more progressive and psychedelic realms. Now, with Dead Roots Stirring, ELDER returns from a three year silence with five powerhouse songs charting new epic territory.
crica I
crica II