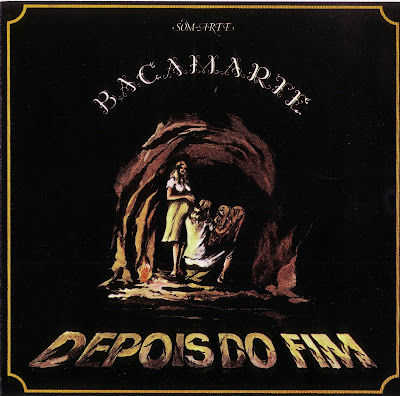 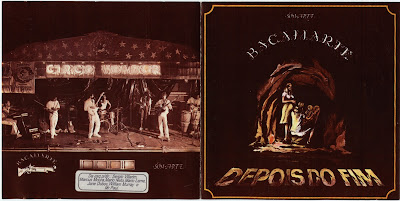 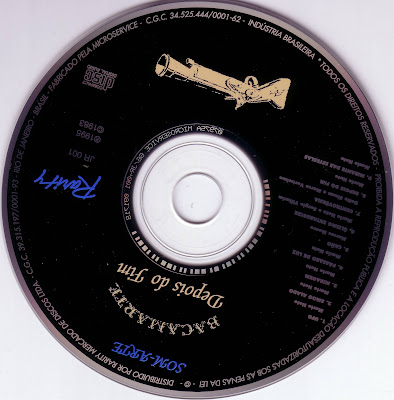 How would you like both the progressive Brazilian, here's one of the best, with Jane Duboc in Vocals
The album is very good, and you should download very fast
I'm out of time to write, but I do my best


Now Adamus67 part
Our Specialist from Poland
One of the biggest names in Brazilian genre, Bacamarte born in 1974 as one of many bands schoolmates. After several lineup changes over its first three years of life, the group presents itself in the "Rock Concert" TV Globo, which causes a surge of interest in his music. The result would be a tape that circulated in 1977 including CBS, however, get approval (was Disk things ...). With the emergence in 1982, Fluminense FM radio and its policy of open space for bands beginners Bacamarte emerged as the big reveal. The next year, "After the end," independent album, is available to the public. The hard sell thousands of copies in Brazil and countries in Europe and (especially) Japan The success of the debut, however, keeps the band's breakup a year later. "

I started digging on the net and I know that the band was founded by Mario Neto. The first part was built in 1974, but shortly thereafter was terminated. Neto returned to the name in 1977. The newly formed team that in 1978 he recorded the material that just raises my heart rate &. These recordings, for 4 years not seen the light of day. Neto fearing unfavorable adoption, due to increasing popularity of disco music, he decided to withhold the release. It was not until 1982, after a friend persuaded, presented in the local radio recordings. Presented music met with appreciation the audience. The album itself was released in early 1983 ri suffered incredible success. Based on user ratings Progarchives.com portal, is now one of the most important progressive rock album in the world! We are used in Central Europe to the Anglo-Saxon sounds so both rock and Latin American Mediterranean as it is for us a little exotic and do not receive all the spiritual messages it brings the music. But this team is able to shrug playing times? The European?. These beautiful pieces on the album, almost ,peeling for perfection, referring to the greatest achievements of symphonic rock. There are lots of great guitar and flute enriched keys, the rhythm section is good and great singer.
I recommend this album to all and especially those who like to look beyond the safe boundaries of .....
Excellent item for an evening with wine and candlelight.