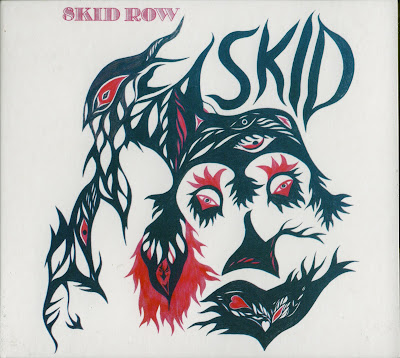 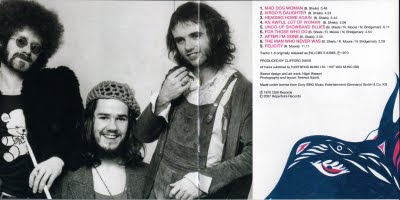 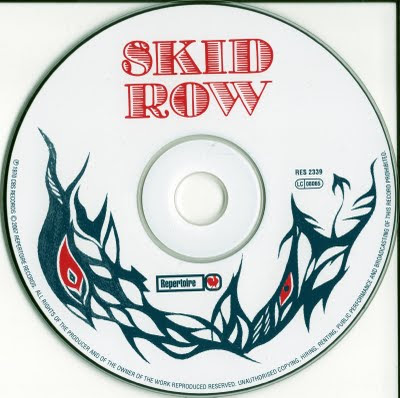 The band also included in its ranks Phill Lynott as a vocalist before the left to journey through Sugershack, Orphanage and finally Tin Lizzy. Chivers also quit around the same time.

Skid Row regrouped as a trio pulling in Brush Shiels on vocals and bass. This unit opened for Fleetwood Mac in Dublin.

The headline act's much respected guitarist Peter Green being so impressed by Moore's playing he recommended the band to several London labels.

The band signed to the British arm of CBS Records for their debut album "Skid", recorded in a paltry 11 hours. "Skid" with a strange, but fascinating mixture of raw blues and progressive jazz rock with tribal undertones. Skid Row toured America opening for Savoy Brown and Canned Heat.

At the end of the sixties Skid Row went to London to become an important part of the British blues boom. The first single was released on the Song label and was called "New Places, Old Faces". It was a fine work of Moore's 12-string guitar art. The next single "Saturday Morning Man" made the charts on a minor level.

They started with the single "Dandy's Gone Part I". It was a bluesy neo-psychedelic piece of hard modern rock music, and it shows the enormous talent of Gary Moore once again.

A kind of maniac intensity pervades the powerhouse performances on this blues drenched CD. Much of the excitement is due to the presence of a 17-year old lead guitarist and singer, who would go on to fame and fortune.

This dynamic trio came storming out of Belfast in 1970 and showcased the talents of none other than future guitar hero Gary Moore.

Gary was clearly out to prove himself the equal of his favourite guitarists such as Eric Clapton and Peter Green.

He certainly reveals a talent for speed and energy on such numbers as ‘Mad Dog Woman’ and ‘An Awful Lot Of Woman’. Clever, intricate arrangements ensure the drums and bass are given as much work to do, while Gary skids into the crash barriers at 100 miles-an-hour.

Historically and musically, this is a gem of an album that bridges 60s blues and 70s hard rock.
Enviar esta postagem