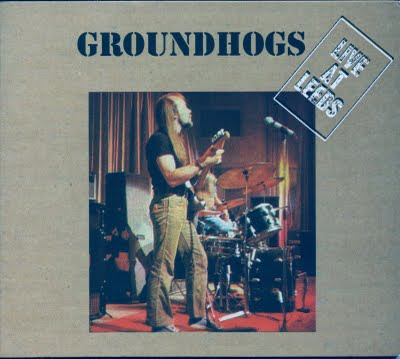 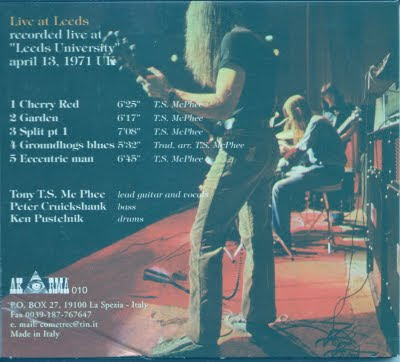 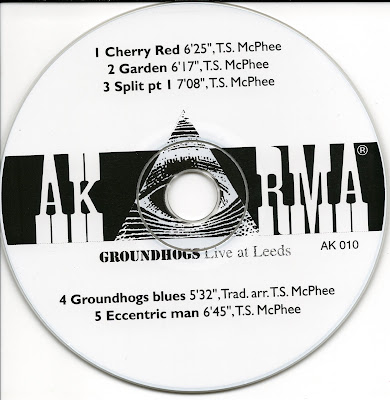 Although this nugget clocks in at only a hair over half-an-hour, it reveals the Groundhogs at what was arguably the crest of the Brit blues power trio's creative peak.

The band featured the strong sonic personalities of Tony T.S. McPhee (guitar/vocals), Peter Cruickshank (bass) and Ken Pustelnik (drums). Their straight-ahead heavy rock was more than a simple extension of 12-bar blues as their penchant for incendiary improvisation and strong original material rate among their assets.

Live at Leeds '71 was recorded on April 13, 1971 as they opened up a series of U.K. concerts for the Rolling Stones. According to urban legend, this live set was documented and pressed in a very limited edition at the behest of Mick Jagger, and as a professional courtesy of sorts.

As the Stones were taping themselves, Jagger commissioned engineer/producer Glyn Johns to record the Groundhogs and press up copies for friends and promotional use. The band had been around for several years and initially gained notoriety as the backing combo for a few of John Lee Hooker's mid-'60s British tours.

The partial set list here indicates that the Groundhogs were supporting not only the Stones, but also their fifth long-player, Split (1971). Both the aggressive opener "Cherry Red" as well as "Split, Pt. 1" -- the first movement of the title track -- are given open-throttled workouts.

The extemporaneous interaction allows them to explore a bit more behind McPhee's blazing leads and recall equal measures of Deep Purple and Grand Funk Railroad.

They also reach back to their previous album, Thank Christ for the Bomb (1970), for both "Garden" as well as a fiery, albeit abbreviated " Eccentric Man...the Story of a Man Who...." Sadly, the proceedings fade out, just as they do on the promo vinyl acetate from which the audio was derived.

That said, the official CD releases sound infinitely better than the heavily bootlegged and traded copy of a surface-noise-laden disc. Adding insult to injury, the unauthorized version was also mastered at the wrong speed. As the Groundhogs did not record many of their live shows during this seminal era, Live at Leeds '71 stands as a unique timepiece of an equally distinctive band.
Enviar esta postagem