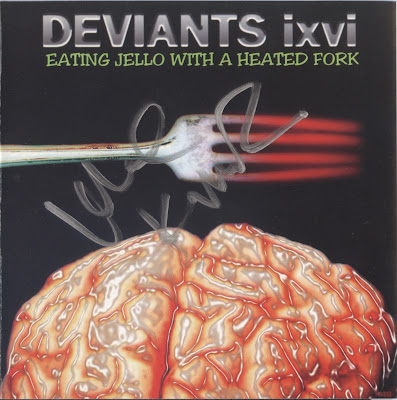 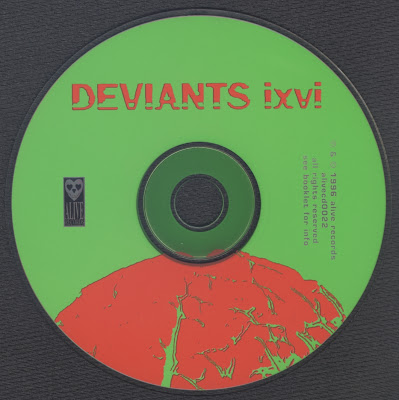 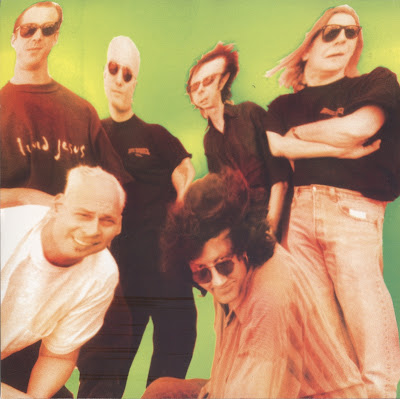 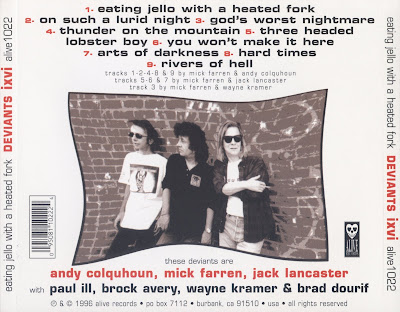 The group name and front cover doesn't give away much, but this is something of a supergroup, as well as a semi-sequel to Mick Farren's previous collaboration album with longtime wind instrument session/sideman Andy Lancaster, The Deathray Tapes. Featuring many of the others who worked on that earlier live recording, including Andy Colquhoun and Wayne Kramer as well as actor Brad Dourif -- guesting on pretty good digeridoo on "Three Headed Lobster Boy" -- Eating Jello is a spiky, snarled tangle of contrary rock at its finest. Wearing its "punk before you were born" ethos as a deserved badge of honor, the album perhaps unsurprisingly finds its niche very much in the vein of the Deviants' freaky legacy and the MC5's own hotwired R&B/free jazz past. The group can tone it down to a low, hard swing when needed, thus tracks like "Arts of Darkness" and "God's Worst Nightmare," but the air is still laden heavy with threat. Farren's raspy vocals clearly have been through the wringer over the years, but his control is still damn fine, making everything sound appropriately right in context. When he speaks rather than sings his shaggy dog tales of freedom, fire, and chaos, his rants actually work even better! Kramer's regular drummer for his solo days, Brock Avery, shows he knows his chops throughout, while Colquhoun and Kramer himself crank it and spank it like the vets they are, completely blowing down the door on the title track and otherwise individually doing their thing elsewhere. Lancaster's own honking sax work is one instrument of many, as he tackles everything from violin to "organized noise" with the same elan. Various vocal cameos crop up throughout, some of the best being Susan Slater's song-ending bits on "On Such a Lurid Night" and nearly all of the US Bombs on "Hard Times."  - by Ned Raggett