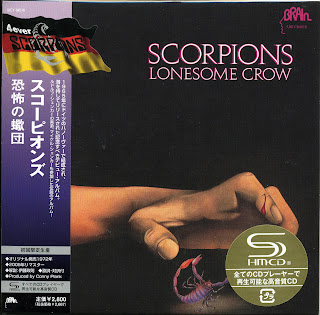 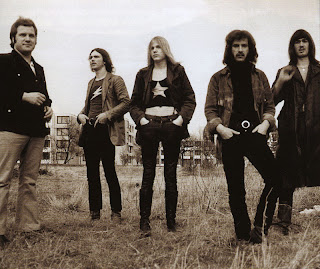 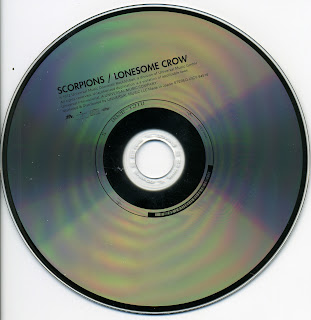 This, the very first Scorpions album, sounds exactly like what it is: a heavy metal album from the early 70’s. As such, the band channel an authentic Sabbath-like rock ‘n’ roll vibe as well as an omnipresent psychedelic groove that adds immense character to the pieces on display. This is not the chart-topping, rock-anthem writing Scorpions of the 80’s. No, this was a band much more focused on making music than writing hits and selling albums. It shows too; the songs featured on Lonesome Crow have considerable depth, which is something their later material wouldn’t always have.

Lonesome Crow actually bears little resemblance to the band’s popular future material, unlike similar 70’s debuts from bands like Judas Priest, Rush, and even Motorhead, whose early works were primitive, but could still be linked in hindsight to their later material (well, maybe not late-80’s onward Priest). Parallels to Black Sabbath’s debut are not uncommon: both have talented bassists taking a prominent role in the mix, both feature extended jamming and guitar soloing (the early style of the brothers’ Schenker is total Iommi worship), both have enigmatic vocalists taking a backseat to the instruments (though more so on Lonesome Crow than Black Sabbath), and both sport an airy production that create a unique, dream-like atmosphere in which the mind can roam. It is indeed worth noting that Klaus Meine’s vocals are hardly recognizable, as there are few lyrics per song and his delivery is rarely straightforward. Sometimes he even delivers lines in a sort of deadpan half-spoken way, lending a kind of vibe that carries shades of Pink Floyd or even early King Crimson. His vocals really sell the psychedelic influence in their sound. Anyway, most of the tracks focus on the almighty groove created from the guitars and bass, but a few take the time to really highlight the band’s atmospheric side (“I’m Goin’ Mad,” the lengthy title track). Not a bad song in the bunch, though you might not be quick to place these numbers up against “No One Like You” or “Wind of Change.”

Lonesome Crow might be a bit unusual for fans of the band’s later material, but it is indispensible for fans of 70’s rock/metal. If you like Rocka Rolla, On Parole, or early Deep Purple/Thin Lizzy, you’ll dig this as well.