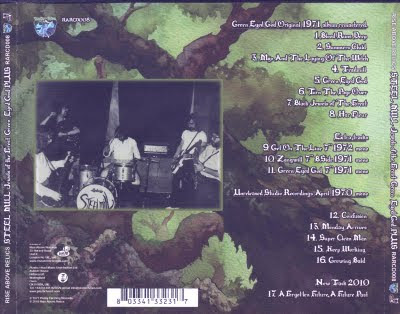 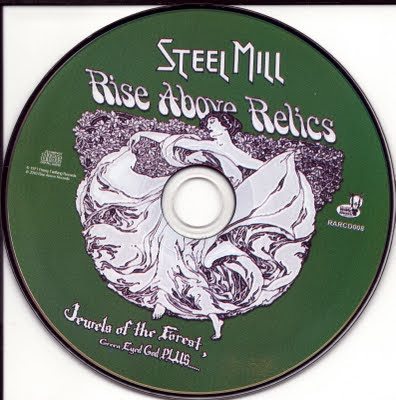 Like every scene, the 70s British prog rock movement had its bands that came and went without creating a ripple – some justifiably, some inexplicably – and unfortunately Steel Mill were one such victim.

Jewels Of The Forest (Green Eyed God Plus...) neatly brings together their sole album, 1971’s Green Eyed God, along with the two singles that comprised the band’s entire output. Also included are recently discovered demos, and, most surprisingly, a brand new track recorded earlier this year.

Green Eyed God was only released in Germany upon its completion in 1971 and it wasn’t until 1975, long after the band’s demise, that it appeared on domestic shores.

Listening now to this little progressive masterpiece it is truly mystifying as to why any label would sit on this little gem, with its quintessentially English mix of prog, folk, hard rock and blues that at once has a broad enough spectrum to draw in fans of Black Sabbath, Jethro Tull and Led Zeppelin, and yet is a unique and characterful album brimming with great songs.

The riffs in the likes of opener ‘Blood Runs Deep’, highlight ‘Black Jewel Of The Forest’ and the fine title track have an edge and darkness not unlike Iommi’s finest, yet take on a calmer, more unsettling air amongst the rural atmospheres that quickly emerges as distinctly Steel Mill.

Green Eyed God has that quality so rare in progressive music in that it is all done in a much understated manner – there are no self-indulgent wig-outs or flamboyant displays of showmanship and virtuosity; the album just leaves behind a warm glow of satisfaction, and some damn good hooks stuck in the brain.

Going beyond the original album and into the rest of Jewels Of The Forest, the two b-sides, whilst nice in and of themselves, were rightly left off the album; both ‘Get On The Line’ and ‘Zangwill’ are catchy, upbeat numbers, but are very much at odds with the centrepiece.

These curios are a long way from where the band ended up, and with good reason: all the positives of Green Eyed God are missing from these non-descript, derivative slabs of blues rock.

Last, but by no means least, we have ‘A Forgotten Future / A Future Past’, the first recording by a newly reformed Steel Mill – complete with all five original members.

It is both comforting and disconcerting that it is barely noticeable that this and the first eight tracks on the disc were recorded some 38 years apart. ‘A Forgotten Future/A Future Past’ has that wonderful laid back Steel Mill sound with a great crunching riff at its epicentre; but are the band just trying to recapture a long lost past? Perhaps that is a question for the future.

For now revel in the timely re-release of the lost classic that is Green Eyed God.