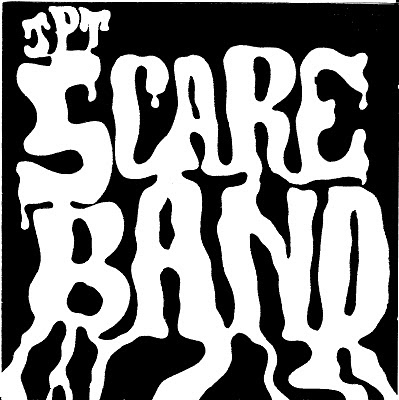 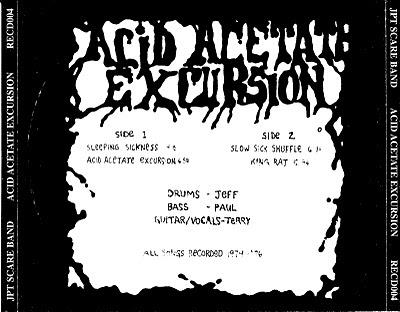 JPT Scare Band is an American rock band. It took its name from its members first initials and their scary acid rock sound. Although the band did not release their first album until the early 1990s, they had formed in the early 1970s and made numerous recordings on a reel to reel tape deck in a basement.

Songs from the album, Sleeping Sickness, went into fairly heavy rotation on FM stations WFMU and WNYU in New York, which played a major role in dredging JPT up from the depths of total obscurity. The band was featured in an article in the March 2007 issue of Classic Rock Magazine titled, "The Lost Pioneers of Heavy Metal".

In 2010, Rhapsody (online music service) called their album Past is Prologue one of the best "proto-metal" albums of all time.

The three original members of the band are still at it, having released two CDs on their own Kung Bomar Records label. A third CD was released on the Kung Bomar label, Halloween of 2009, called Rumdum Daddy.

The band signed a contract with new indie label, Ripple Music in January 2010. The first album released by Ripple in June 2010 was a new album from JPT Scare Band titled, Acid Blues Is The White Man's Burden.

Acid Acetate Excursion LP. Hard to find first album of wild 70s acid psych heavy guitar basement jams! Sleeping Sickness and King Rat rule the earth! This album was a limited edition of less than 400 copies pressed in the mid-90s, all had these homemade spray painted/silk screened covers, however, most were black covers with the name in white. 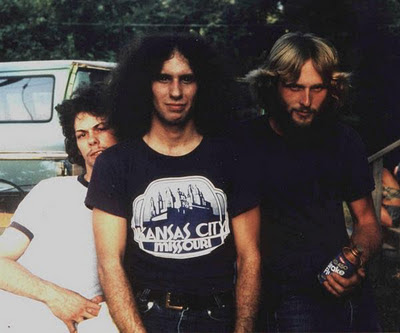